As anyone familiar with the cycling press will be aware, it is awash with articles promising fantastic improvements in bike related performance; If you want to become faster on your bike, there are hundreds of journalists out there telling you exactly how to go about it.

What does this tell us?

It tells us that an article with the title “how to ride faster in 5 easy steps” will generate enough hits to keep a cycling website in business for another month – add another ‘confession’ from Lance Armstrong and a story about an angry motorist attacking a cycling commuter, and you’ve got the holy trinity of the cycling press.

It also tells us that although everyone wants to ride faster the sports science behind this is not always black and white, and so the magazines and the websites become clogged up with theories about how your average rank amateur can up their game.

Someone needs to cut to the chase…

You’ve tried spinning, interval training and clocking up base mileage, your diet consists of fruit, nuts, and a variety of so-called super-foods, and you’ve refined your riding position so that aerodynamically speaking you resemble (at least in your own mind) a stealth bomber wrapped in lycra.

The time has now come to take that final step, and embrace that much underrated training state of the true amateur cyclist: hyperventilation.

Put simply, if you’re aren’t hyperventilating, can you really look yourself in the eye and say you are trying as hard as possible?

To find yourself hyperventilating is to be truly examining the outer limits of your potential – it’s that fine line between pushing the boundaries and pushing up daisies which really makes you feel alive.

(Not to be confused with the humble panic attack, the fitness benefits of which are, at best, inconclusive.)

I did my own brief study on this recently as, while out for a ride in Cumbria and with a good few dozen miles already in my legs, I approached the mighty Hardknott Pass: 2.5 kilometres in length and nearly 300 metres of height gain, with a brutal gradient which hits 33% in places. 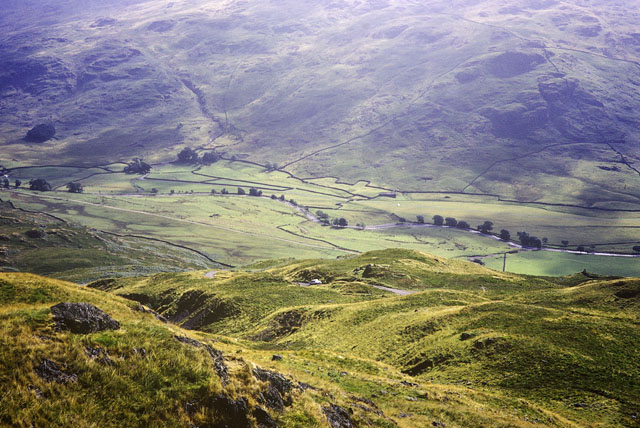 As it loomed on the horizon I felt my heart start to race and my legs quiver at the mere thought of what was to come. I instinctively knew that this state of rising panic was not going to help my efforts to scale this climb – even the audience of docile Cumbrian sheep seemed to be showing signs of mild concern.

Taking strength from the moral support of the sheep, and making a mental note to cut down on the pre-ride caffeine intake in future, I had reached a point of calm by the foot of the climb, but this respite was brief.

Within a couple of murderously steep hairpins I had already reached that Zen point of hyperventilation that reveals a fundamental fact of cycling: the world is a very simple place when it’s reduced to two simple tasks…

Keep the bike moving forward, and don’t black out.

Over the course of the next kilometre I did indeed keep the bike moving forward, but my memory of how I achieved that is sketchy at best. As I reached the top, in my mind’s eye I had the heroic look of a pro-cyclist cresting an alpine summit, all lean rippling muscles, wide eyes, and grimace of perfectly photo-shopped suffering.

In reality I was gasping for breath, bent across my bike in effort, and undoubtedly weaving slightly in a battle with gravity. In short, I was deep into the embrace of hyperventilation.

But you couldn’t fault me for effort – that’s the beauty of it.

Of course, if I’m going to go to the trouble of hyperventilating my way up one of Britain’s most fearsome climbs then I want to know what my PB is. How else can I bask in the fitness benefits to be gained from this most pure of training techniques?

As the saying goes: “If you see me collapse, pause my Garmin”.

I wait in great anticipation for the next round of articles in the mainstream cycling media: “Hyperventilate your way to sportive success”, “How to turn your panic attacks into marginal gains”, and “Why ventilate, when you can hyperventilate?”

Watch this space, it’s bound to catch on.

20 comments on “Why ventilate, when you can hyperventilate?”