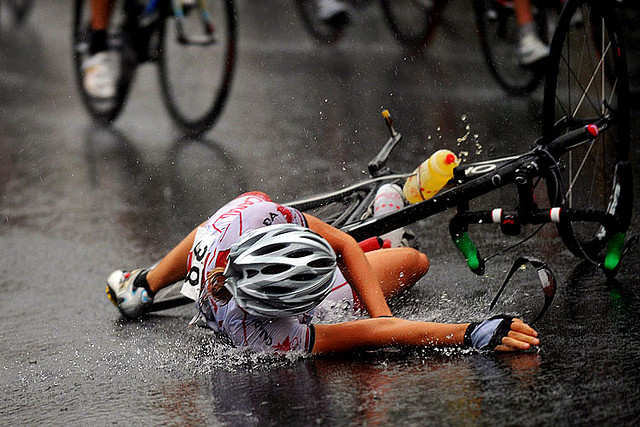 I wrote recently about a time when cycling was a sport for the stoical; when men were men and cycling kit was woollen. It’s a sign of how times have changed that amongst any social group of cyclists nowadays you are more likely to find those with a flair for the dramatic.

The drama queens among us are easy to spot, and indeed hear, as they wax lyrical to anyone within earshot about the pain and suffering involved in their chosen sport.

To the drama queen every ride is an epic, every ride in bad weather is a survival situation, and every steep climb is a 20% gradient (when, in fact, we’ve already established they are usually no steeper than 15%).

After a few minutes in the company of one of these fantasists, your average non-cyclist will be wondering what on earth he sees in this sport, which apparently involves an endless parade of hardship and struggle; going for a bike ride is supposed to be fun, isn’t it?

But where’s the drama in that?

The storytelling is one thing, but you’d better hope you aren’t in the general area if your friend the drama queen should have a crash.

Most cyclists fall off from time to time. When the worst happens, the chances are it will not be graceful or stylish, it will almost certainly hurt, and it might even be your own fault. In the stoical spirit of cycling it will always be to your credit not to dress the incident up as some kind of heroic hard-man survival situation.

Don’t get the wrong idea, I’m not trying to make light of crashing and falling off a bike – it’s not pleasant in any way – but there are those dramatic types who, following a minor incident, will regale you with a tale of misadventure which usually involves talk of being ‘hit by a car’ or ‘run over’.

If it turns out that they slipped on a grid, clipped the wing mirror of a parked car, or lost concentration on a bend and slid into the long grass, sympathy might be thin on the ground.

Even if the incident was potentially serious, if you’re walking and talking and telling your mates about it, just tell them nonchalantly that you ‘dropped it’, and leave it at that.

Keep the drama to yourself, and leave the rest to our imagination.