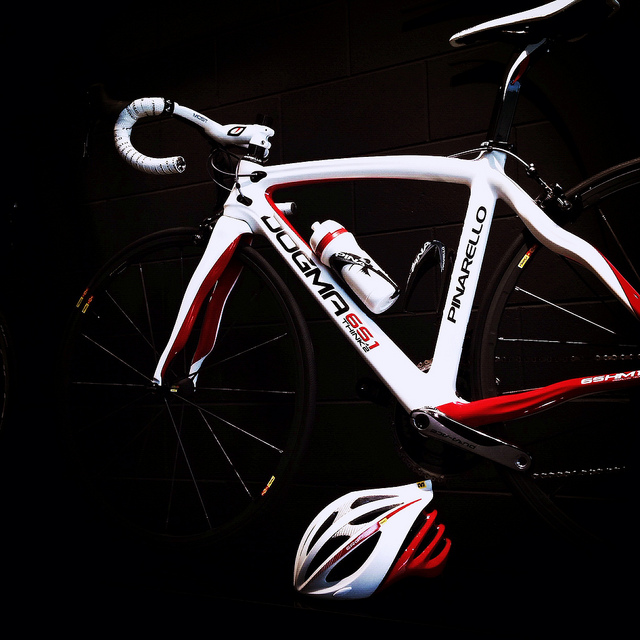 There was a time, not that long ago, where the cycling scene in the UK was populated by very particular types of people; individualists, oddballs, and wiry non-conformists wearing woollen jerseys and cotton caps.

But with the advent of Dave Brailsford, Team Sky, and Tour de France wins, cycling became the domain of the style conscious and discerning sports fan. Fans slowly began to immerse themselves in the myths and legends, the rituals, the style and the language of the sport.

And living as we do in an age of rampant capitalism, ‘the market’ stepped in to claim it’s share.

And so, where once a mans bike was a sign of his commitment, fastidiousness, and practical mechanical skills, for some it is now a status symbol. The ultimate expression of this is seen in the behaviour of the executive cyclist.

What is a Pinarello Dogma 65.1 if not a Ferrari?

What is Rapha or Assos kit if not the cyclist’s Hugo Boss or Versace?

For the executive cyclist the golf course has been replaced by the roads, and that shiny and expensive new set of golf clubs is now a sleek and lightweight carbon framed steed. Where once the networking and the business deals took place over a few birdies and a large Claret in the ’19th hole’, for some it now happens over a battle for a local KOM and a post ride espresso.

All this is fine, of course; people riding bikes is always a good thing, and if someone wants to splash a few grand of their hard earned cash on a flash new bike then good luck to them. But the executive cyclist has to know his place.

In cycling terms the executive cyclist is, unusually for them, a small fish in a big pond – naturally outranked by cynical old timers with a million good miles in their legs, and scruffy, scrawny kids with raw talent and energy to burn.

Personally I can’t see myself ever doing a bit of networking or closing out some speculative business deal whilst out on a bike ride.

Having said that, when I’m out with my mates the kind of tense negotiations which take place when discussing the best route from A to B, or which café to head for in search of the best espresso and fruit cake, might make Sir Alan Sugar think twice.