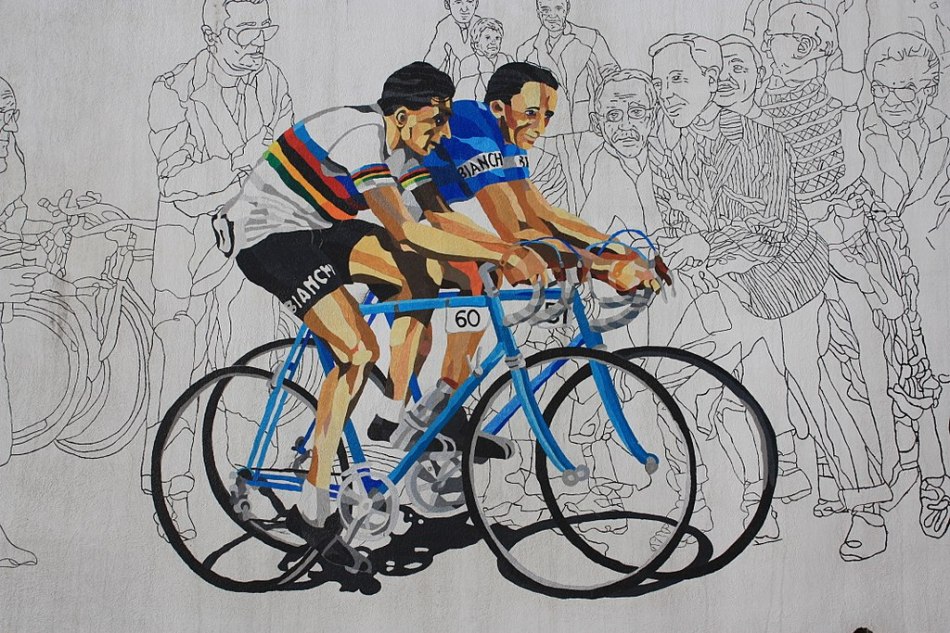 Admit it: you’d love to see the pro peloton of today rattling through France or Italy un-helmeted. Hair flowing, an optional casquette here and there, a heady mix of old-skool Oakleys, Ray-Bans, and Aviator shades in lieu of the standard issue goggle-wraps of 2020.

A single photo of that mythical un-protected peloton would give more insight into the character of the modern day racer than a thousand interviews; is there anything that reveals more about a person than their haircut and shades combo of choice?

There’s the age-old ‘helmet debate,’ of course. And a pro peloton, to be fair, is the very environment in which a protective hat on your bonce is an absolute requirement.

I myself did once ride a hundred helmet-less kilometres through the Pyrenees. I chucked it in a bush upon leaving my holiday home one morning so as not to ignite the helmet debate in the presence of family members who may have had an interest in the integrity of my cranium.

To hell with the validity of my life insurance, I thought, riding off like a rebel.

I’m not saying it was a good or bad idea, merely that it was joyous and life affirming. I felt like a naturist, going full-pelt at the campsite swing-ball without a thought for the consequences. Naked and exposed, ever so slightly vulnerable, and truly alive.

Not a place you want to go, mentally, in the frenzy of a pro bike race.

It used to be different, of course.

Look at this picture of Brian Holm from 1992. He looks like a killer. Firm, quite murder-y, but fair. Hair swept and wind-parted, a look in the eye that says: “your family…are they safe…I’d hate for anything to happen to them?”

Without the drawn blinds of helmet and massive plastic shades his essence is revealed.

Conversely, from beneath the rim of a dreadful, ugly, vented lid in the year 2021, it’s a look that would say: “I am pushing 400 watts…what is your threshold…I did a big win on Zwift last week you know!?”

I’m not saying that to have the modern pros ride helmet-less would be in any way a good idea. I am not a lunatic.

But it would, undoubtedly, be fantastic.

6 comments on “Beneath the helmet, and the shades, lies the character”