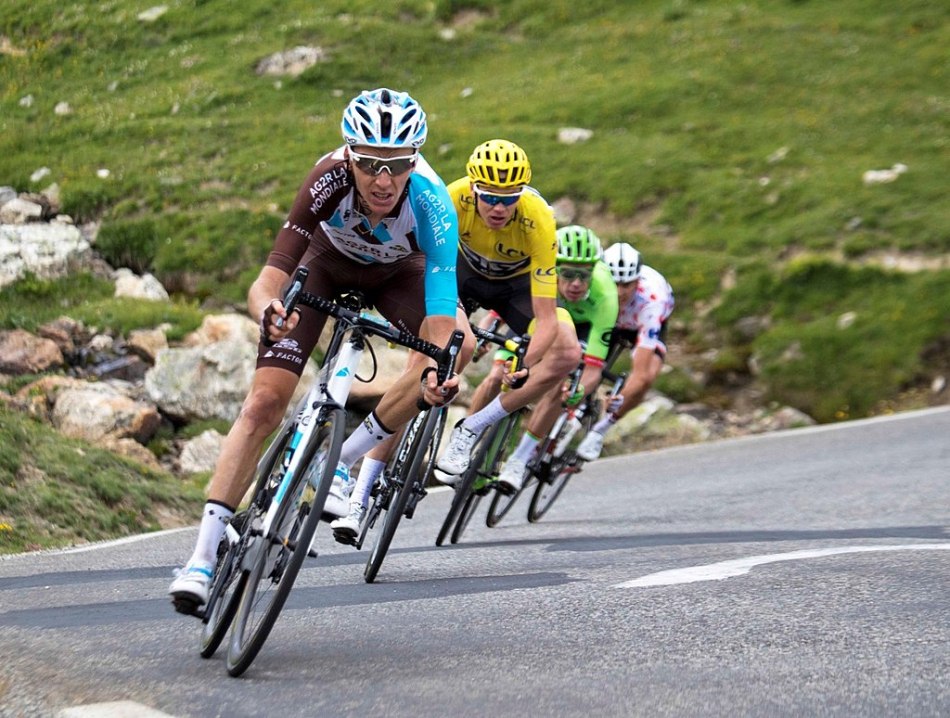 Bike racing is a bit thin on the ground, you may have noticed. The Tour Down Under was cancelled, to be replaced by some domestic Aussie on Aussie action in the form of the Santos Festival of Cycling. I haven’t watched this, but I’m picturing a laid back, carnival vibe. Richie Porte dressed as a giant bird, Jai Hindley giving it full gas on the maracas, maybe Matty Hayman as MC.

Also gone from the calendar are the Vuelta a San Juan, Challenge Mallorca, the Herald Sun Tour, Tour of Colombia and Tour of Antalya, with the Vuelta ao Algarve, scheduled for mid-Feb, also now postponed.

Don’t make me use the C-word.

Hence why the cycling press have been scraping the barrel recently.

We’ve had the usual team kit launch silly season: that one’s great; I hate this one; those shorts are the wrong colour; that one was drawn by a child; Froome’s new kit makes him look like his shorts are pulled up, old man style, to his ribcage; and what the hell is a ‘Wanty‘ anyway?

We had speculative stories about the reasons for Marc Hirschi having left Team DSM (aka Sunweb) in double-quick time; he either wasn’t getting paid much or he’d had enough of the team’s rigid, rulebound, spreadsheet heavy approach, depending on your news outlet of choice.

It was announced that Thomas de Gendt and Tim Wellens have set a new Strava KOM up the climb of Vall d’Ebo in Spain, and here’s that three-hundred-word hot take for you: “bike riders doing training SHOCKER…”

And today’s BREAKING news: Alejandro Valverde might retire at the end of the season.

Surely the veteran Spaniard can’t turn down such an offer?

It’s not often that I pine for the UAE Tour. This desert schlepp (or whatever recent incarnation we’ve been, ahem, blessed with – Abu Dhabi Tour? Dubai Tour?) is usually a footnote way off in the peripheral vision. A contractual obligation en route to the cowshit and cobbles of Belgium in early March.

This year the race is belligerently ignoring the virus and any threat to its existence. Instead, we get business-as-usual press releases issuing come-hither eyes to a stellar cast of WorldTour pros, all gagging to see the back of a Covid-secure training bubble.

At time of writing, come February 21st, the race goes ahead. The likes of Froome, Van der Poel, Ganna, Pogacar, and Hirschi on the start line. Proper bike race, shame about the desert.

Meanwhile DSM riders are still wading through paperwork. KOM’s across Europe are tumbling like skittles. And Alejandro Valverde has received his maracas and is deep in negotiations about a deal-sealing Richie Porte bird-of-paradise head dress.

The sooner they start racing bikes, the better.