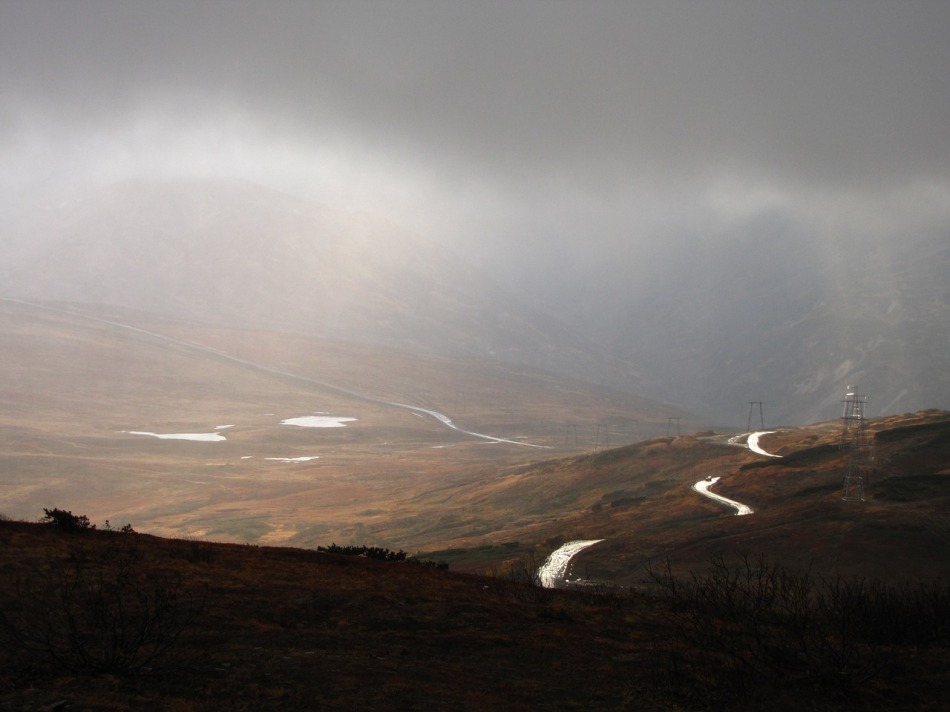 I see what the Vuelta bosses are doing in this final week. Rather than a succession of vertiginous mountain adventures they’ve gone for something more attritional. A succession of rugged, aggressively lumpy stages will give way, on Saturday, to a high-altitude summit finish on the Alto de la Covatilla.

That stage, the seventeenth and penultimate, will basically decide the winner of the Vuelta Espana.

Right now, the riders are being tenderised like cheap steak in preparation for the pot. Today, Stage 15, we had additional ingredients: a relentless headwind, plenty of rain, fog, and a proper chill in the air.

A hard, hard bastard of a day.

Riders, unidentifiable in a leg warmers and jackets, most of them just happy to get their head down and pedal. A small group of GC contenders stayed alert on time-loss avoidance duties. And a select group of total nutters were well up for it and fancied a stage win.

Imagine peeling back the hotel curtains on a day like today and rubbing your hands at the sight: “oh yes…can’t wait to race the ol’ bikes today chaps, and I fancy a win!”

In the end Stage 15 was, oddly, a sprint stage. Kind of. But not like the one in your mind’s eye. This was not some pan-flat approach to a luxurious and muscular boulevard finish. This was a ragged, last man standing affair.

Over the final climb and down the other side Italian hard man Mattia Cattaneo was clear, the last of the day’s break, and looking like our winner. A lead of a minute and a half and with a largely downhill fifteen kilometres to the finish. But the infernal headwind saw it differently.

His form began to fray at the edges. The biggest win of this thirty-year old pro’s career unravelled before us, cruelly, on this tough, grim November day. He’d grafted like a miner for nothing.

Into the finish town of Puebla de Sanabria, near the northern Portuguese border, came an already thin peloton. Hand wringing and hunkered down, a lot of cold, tired cyclists were already mentally checking into the post stage hotel. Just a few tough guy sprinters really wanted it.

On a greasy, technical run-in, Teams UAE and Bora-Hansgrohe unleashed a kind of tentative aggression. Their men Pascal Ackermann and Jasper Phillipsen gently bumped and politely barged each, being sure not to end up spawled on wet Tarmac, before Phillipsen launched from a mile out (ok, maybe 250 metres). With a bullish burst of brute force he took the biggest win of his young career.

And, of course, the coveted title of ‘Hardest Bastard in Spain,’