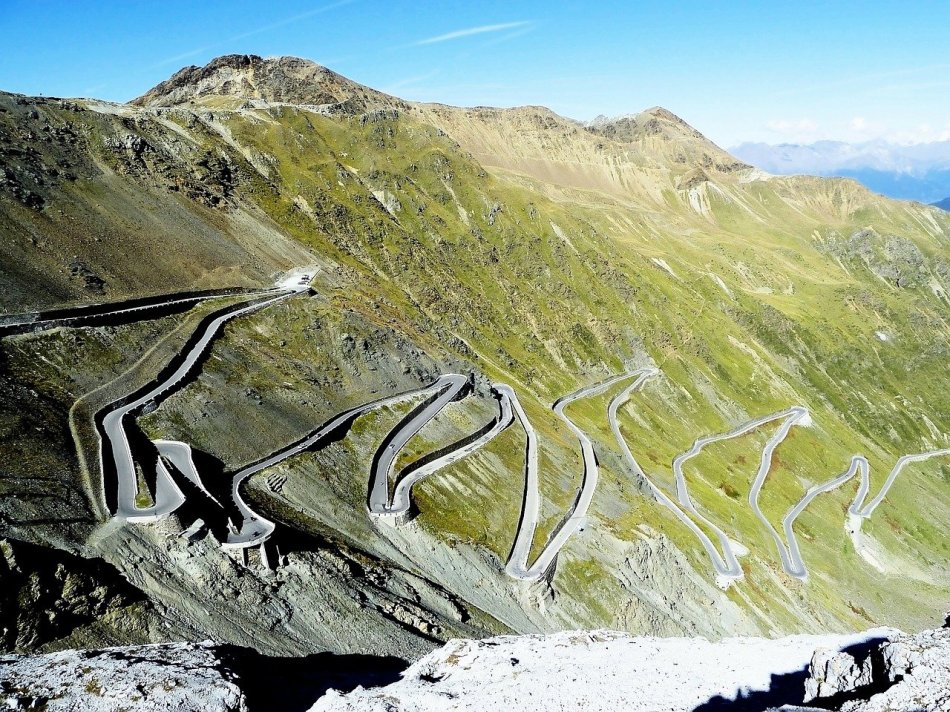 Stage 18 was about the Passo dello Stelvio. Twenty-five kilometres from bottom to top. Up into the sky. This place of steep Tarmac, uncountable hairpin bends, and atmosphere, a great sweeping stage on which to perform. The mighty mountain would gather up the riders in its arms and cast them to the wind for our entertainment.

And it’s not long before the altitude and the thin October air begins to chip away. One by one they drift off the back. On the Stelvio, it’s not about who can attack but who can hang on and for how long.

A mere half way up and Joao Almeida, Pink Jersey for fifteen days, has gone. He fights, and resists, but without success. Many miles from the summit he is in damage limitation. And others, in turn, are cut loose. Fuglsang, Nibali, Pozzovivo; the Stelvio no respecter of reputation (or nationality).

Approaching the top we are down to four: Tao Geoghegan-Hart and Rohan Dennis from Ineos, Wilko Kelderman and Jai Hindley from Sunweb. And then, in a blink, it’s three.

Edged off his teammate’s wheel, Kelderman slides backwards like Leo DiCaprio into the depths of the Titanic-bound North Atlantic. Hindley, in the Kate Winslet role, powerless and heartbroken. A single, lingering look, and he’s gone.

And then, with the summit, extra drama.

The Ineos pair, anticipating a frozen descent, jacket themselves up for the ride. Jai Hindley struggles, and fumbles, cold hands mangling the zip. We watch, and we will him to get the coat on. It’s painful. Further back Kelderman is having the same fight.

(Ineos v Sunweb, and it turn out zips are the final frontier of marginal gains.)

A frightening descent follows. Hindley’s jacket flapping, Kelderman having given up and flung his in disgust is bare armed. Would the creeping cold of this botched costume change have the final say?

Into the valley below and Dennis the TT man, after the climb of his life, is in his natural environment. With a final effort he pulls Geoghegan-Hart (and a limpet-like Hindley) across to the base of the final climb. Kelderman, by now a minute back, is in crisis. Wooden limbed and struggling on the bike, that icy descent haunting him.

It’s all in the balance. The stage, the jersey, the defining moment of three pro cycling careers. The final climb: ten kilometres up to Laghi di Cancano. Geoghegan-Hart on the front, Hindley following.

But Kelderman, crucially, has steadied the ship. Working warmth into his legs and no longer shedding time he is fighting again for Pink.

The final hairpins, and a rise to the line, where Hindley sneaks out from Geoghegan-Hart’s wheel to win. Cruel on the Brit. Calculating by the Aussie. And we count back to Kelderman. Two minutes eighteen seconds.

We do the maths.

Kelderman is in Pink. Twelve seconds back to teammate Hindley. Three more to Geoghegan-Hart. Three-thousand-odd kilometres and a single, well placed Stelvio, and the top three are separated by a mere fifteen seconds.

Ladies and Gentleman, there are three stages to go, and we have a helluva bike race.