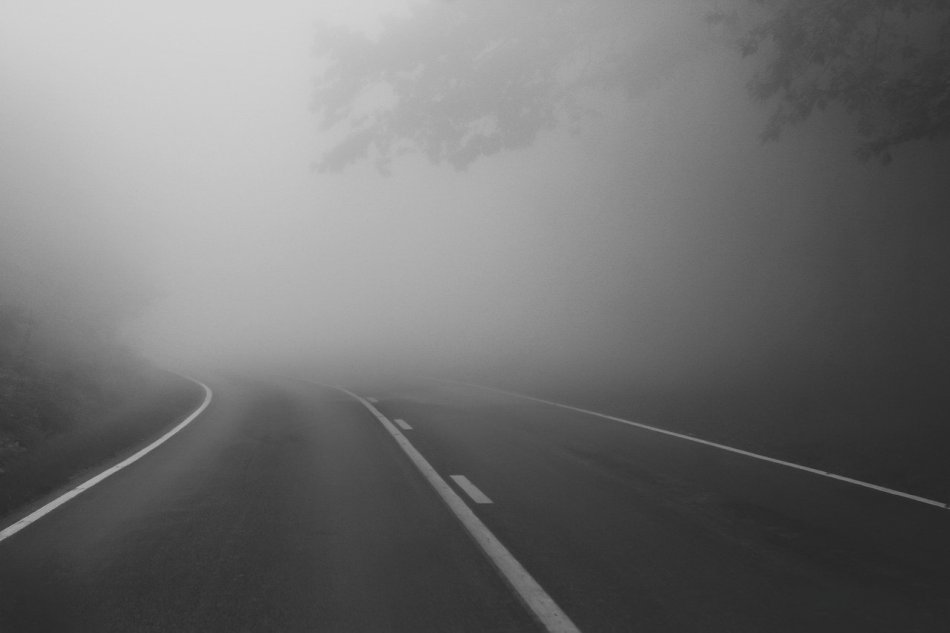 At the summit of Montescuro the Giro – the autumnal, late-season Giro – pulled out it’s bag of tricks. The drama-o-meter cranked up to five.

Thick fog hung across the Tarmac, clinging to the trees like dry-ice billowing about the legs of a power balladeer. The late afternoon gloom had riders illuminated by moto headlights, legs shining in the rain, for added drama. And as if that weren’t enough, the man to crest the top and attack the descent first was Filippo Ganna.

Stage 1 winner, Italian hero, and a track cyclist with no business leading a bike race through these southern, Calabrian mountains. When he rides on the road he wins time trials. He is not man for the gritty arm-wrestle of a weather-beaten mountain stage. He is an aerodynamic, variable levelling, control-freak.

Or maybe, as social media is suggesting, he’s the new Miguel Indurain?

Sure, he was in the break, and that was within the realms of possibility, but he was there as teammate and helper for Salvatore Puccio and cannon fodder for King-of-the-Breakaway Thomas de Gendt.

Deep into the twenty-five-kilometre ascent of our final summit he reinvented himself as free-spirited mountain escapee, riding away from De Gendt and Einar Rubio, the climbing Colombian youngster, and into the distance.

Ganna has now won forty-percent of all the Grand Tour stages he has ridden (two out of five). Italians have won sixty percent of this Giro to date.

When he crested Montescuro he had fifty-seconds on the peloton and several kilometres of treacherous descent between him and the finish. He also had super-descender Vincenzo Nibali to think about. Passing between clouds, in and out of the fog, and with rain drumming ever more heavily against his broad, flat back, jeopardy hung in the air.

So close to the win, desperate to keep the bunch at bay, we watched his wheels around each bend for the lurching twitch that would send him into a barrier. Things could still go very wrong. Brian Smith, on Eurosport, in that former-directeur-sportif manner of his, assured us that: “he’s got this…they’ll not catch him now.”

Affecting an air of calm, he was reassuring himself. Managing his own nerves.

The rain, the dark, the fog, we thought, to see him crashing here requires no leap of imagination whatsoever…In fact, the quicker he crashes the better, to put us out of our misery.

He didn’t crash, because he’s the golden boy, and this is his time. He’s doing that thing that cyclists (and sportspeople) in form sometimes do; he’s bending the narrative, even the very concept of plausibility, to his will. He took the win by a comfortable thirty-four seconds.

He is a track cyclist who might, just might, be reinventing himself as a Grand Tour rider before our very eyes. We’ve seen Ineos (neé Sky) do this before. Should Ganna now cultivate a set of luxurious lambchop sideburns and develop an eye-catching line in caustic media wit we will watch with interest.