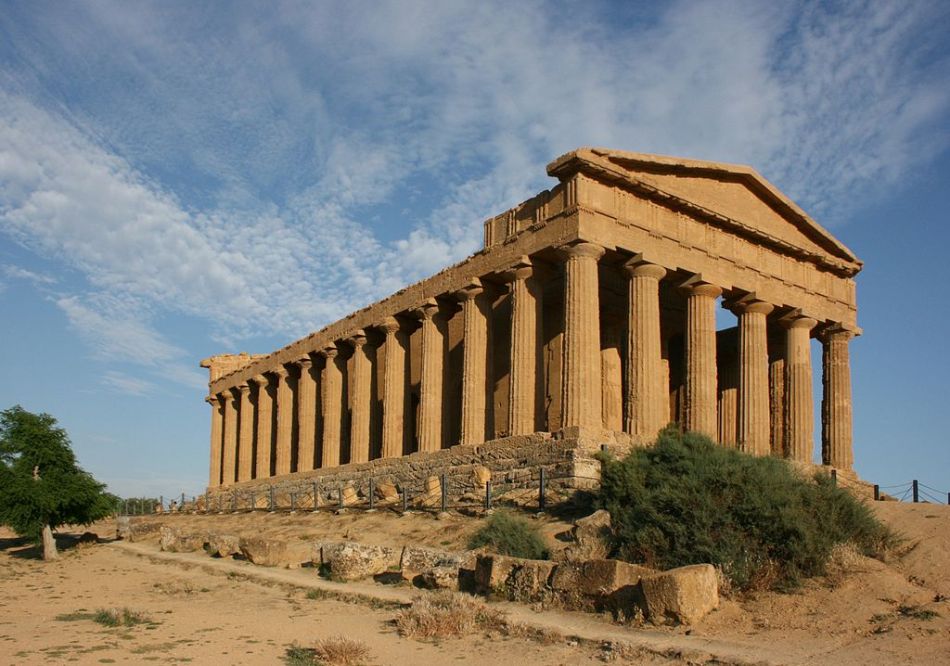 After the shabby-chic of Stage 1, Sicily pulled out the best Sunday crockery for Stage 2.

In this time-crunched coronavirus calendar the Giro bosses knew that up north, in Belgium, Liege-Bastogne-Liege was dealing up a schedule clash. The prestigious one-day classic offering serious competition for eyeballs. Fans would be tempted to watch Van der Poel, Alaphilippe, Roglic et al do battle with the grim reality of a northern European autumn.

Gritty, muscular racing, no doubt, but across a canvas of, well…Belgium.

Italy, as ever, has an answer to this.

Into the southern Sicilian city of Agrigento the Giro peloton passed the Valley of the Temples. A classic Giro trump card. The heart aching beauty of a swathe of Ancient Greek architecture. Bathed in golden autumnal sunshine, a picturesque counterpoint to Liege’s urban run-in and industrial estate glamour.

A high definition treat in the most visual of countries.

By happy consequence this was backed up by the Thomas-de-Gendt-is-in-the-break klaxon sounding loudly across social media. Our favourite bearded breakaway man was promising one of his miracle days, and viewers trickled south on a promise.

An early hint that his form is better than at the recent Tour de France, where he attempted to sell his own legs on Twitter in frustration.

Alas, it wasn’t to be. The break was reeled in with ten kilometres to go. Consider yourself warned, peloton; De Gendt is in the market for a Giro stage.

As for the gorgeous Stage 2 finish we had a steep, punchy ascent into the city. Could a climber surge clear? Could a fast finisher hang on and outsprint him? Could Peter Sagan break his drought and divert the attention of the entire pro cycling press to the late season Med?

“I told Valerio Conti to accelerate to drop the sprinters on the last kilometre,” he confirmed, post-stage, falling just short of a comedy throat slit ‘kill them’ gesture. His decisive teammate nailed it. “We were perfect, I’m really happy for this extraordinary success,” Ulissi said.

Not, it’s fair to say, messing about.

Peter Sagan, meanwhile, clung and clambered up that climb and threatened, momentarily, to snag Ulissi. No doubt the Italian, had Sagan truly looked like catching him, would have instructed a teammate to deliver some other, equally brutal manoeuvre in the direction of everyone’s favourite mammal.

Sagan, in the end, fell short.

Behind the punchy finish the main contenders gathered in formation, while golden-boy Ganna retained pink. Two Italian wins in two stages. And tomorrow, the smouldering threat of Mount Etna.