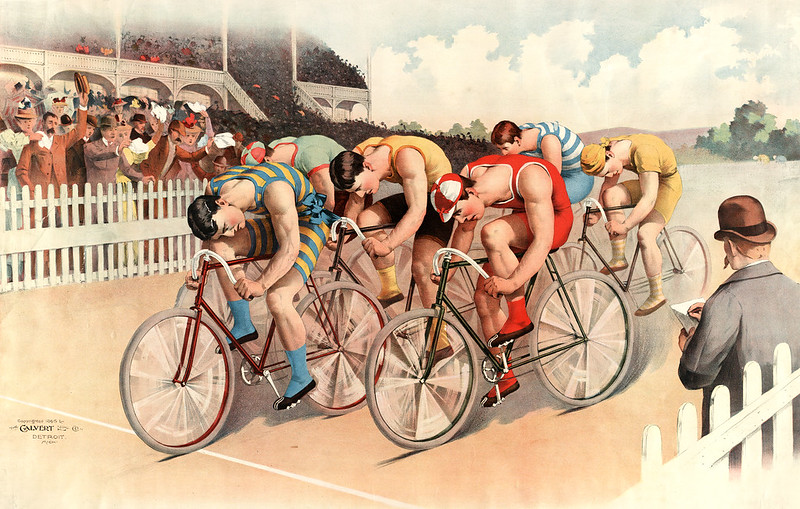 What kind of day was Stage 5? How might I succinctly sum-up to capture the flavour and feel of the action? Let me see…

With forty-seven kilometres remaining Eurosport’s Rob Hatch and colleagues began a lengthy riff on Nougat production. The town of Montelimar was nearby, the “Nougat capital of France” no less. As is the way in France, precise percentages of almonds, pistachios and honey are required to denote a genuine, bona-fide slab of the stuff.

Three-thousand tonnes are produced per year.

Sean Kelly is partial to a nibble.

It was that kind of day.

A meander from Gap to Privas, criss-crossing the Rhone River, saw the peloton largely intact and in battery-saving mode. The threat of wind – head, tail, cross-tail – towards what promised to be a technical town-centre finish loomed over proceedings.

Scraps of storyline were all we had.

Like Irish sprinter Sam Bennett, for example, snatching on-the-road points from perennial Green Jersey and living legend Peter Sagan to become the virtual Green Jersey. Was our favourite Slovak about to have that garment unceremoniously ripped from his back?

Truth be told, Lord Sagan has looked a bit below par for a good while. Though for context I will add that I, along with most other cycling fans, are not fit to crank the ratchet on his shoes when it comes to passing judgement on his form. He looks below par in the context of Peter Sagan, which resembles most of us living our best life.

But, with all those caveats in place, when he is really ripping it up that squat, upright style of his looks like a precision power delivery system. When he’s a tad off colour he looks a bit ungainly.  As if, maybe, being a world class pro-cyclist is not actually the walk in the park we’d been led to believe.

Could this really be the year when he loses Green, fair and square, on the road, having won it for seven of the past eight years?

If you think that yes, it might be, then I’ll leave you to pin your colours to that particular mast. I daren’t. But Bennett did indeed end the day turning the virtual into literal.

Into Privas, that the entire show didn’t end up headlong in the barriers was achievement number one. The way was narrow, twisty, and possessed of a frankly obsessive number of roundabouts and general traffic furniture.

We know the French like the whole peeling-the-onion overhead peloton shot but this was insane. The product, dare I say, of the administrative mind of a nation that finds a mere 27% almond content in a confection intolerable.

For our sprint it was the six-man precision train of Team Sunweb, looking quite frankly fantastic in crisp black and white, and committed to delivering Cees Bol to the line, versus an assortment of wheel surfing lead-out-free opponents.

Caleb Ewan, Bennett, Sagan and Bryan Coquard hovered but Wout van Aert, the man-who-can-do-it-all™, was too much. Pipping Bol on the line for another considerable notch on his crowded bedpost.