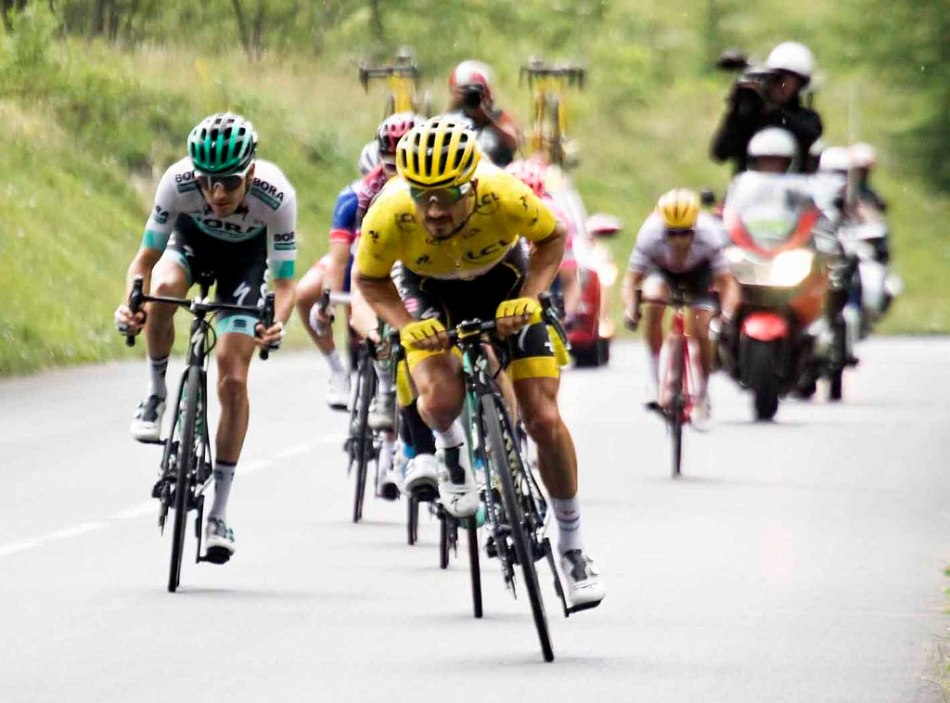 The Tour de France preview usually writes itself. Talk about the standard warm-up races, quick summary of the route, pick out some favourites and some dark horses, et voila…

This year, 2020, is different. In every way. It’s the year of the C-word. I won’t mention it by name because we’ve all, and I’ll happily speak on behalf of the entire globe here, had our f**kin’ fill of it!

At time of writing, T-4 days, I can reasonably confidently predict that the Tour de France will begin on Saturday 29th August 2020. The organisers then have the parcours unfurled seductively across the chaise longue of France. Three weeks, ends in Paris, someone wins yellow.

But will that happen?

Can we really be sure?

A spate of positives (in a sport not unaccustomed to such a thing). An inconvenient cluster. A thousand-strong caravan of riders, staff, journos, liggers and hangers-on. Literal lab conditions for the incubation of a very catchable virus.

Two positives in a single team and the race is over for them, say the hastily cobbled rules. The virus, currently, our favourite to take overall victory. The first non-human win since [insert favourite Tour winning comedy non-human cyclist]…

We’ve seen lots of riders doing computer game racing on Zwift, and we’ve had a month of harem-scarem catch-up racing on the actual roads of actual Europe. But we haven’t got our usual season-to-date yardsticks.

We know who is winning races right now (Wout van Aert…I’m looking at you), but we don’t know who has the hard won legs to be holding good form in three-weeks-time.

And then chuck in to the mix what looks like an absolute bobby dazzler of a route.

A couple of category 1 climbs on Stage 2 (Stage 2!), a ski-resort summit finish on Stage 4 (ski-resort!), and this is not the standard sprinters-cum-rolling-hills of a first week Tour de France.

This is the business end.

Chuck an entire peloton-full of relatively well-rested pro-cyclists with contracts to earn and sponsors to please at this mountainous masterpiece and you have…well…that’s point.

And come the other business end, does well-rested pivot to under-raced?

Will the Col de la Madeleine and the Grand Colombier stage the standard war of attrition between Jumbo Visma and Ineos, or will the well-Zwifted lose out to the obsessively altitude trained?

Will the time-trial up la Planche des Belles Filles on Stage 20 prove to be the French coronation so obviously planned by the organisers for Pinot or Alaphilippe?

Will we even have a race by that point?

Or will we be kicking our heels, muttering the C-word inconsolably, and forced to do actual work from our home-working setup in lieu of the promised distraction offered by a massive bike race?

My only prediction is that strange things are going to happen on the roads of France in September. And I’m not talking about the regionally specialities so beloved of French motorway services.