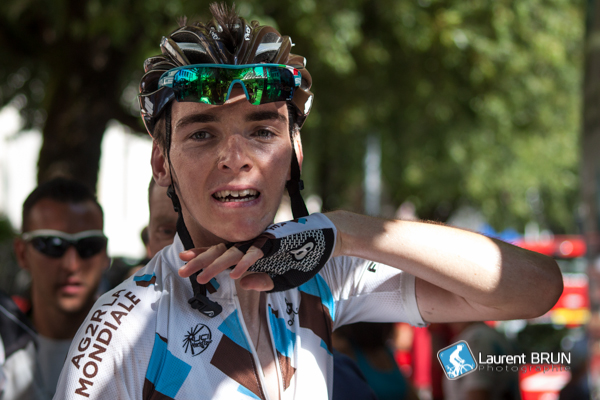 Waif-like intellectual French cyclist Romain Bardet writes a column for Rouleur magazine. It is as wonderfully French as you might imagine: he muses on life, wanders off down philosophical rabbit holes, and says things like: “the collective tasting of wine and contemplation has transcended my relation to time, fixing in my memory moments that would naturally be ephemeral.”

Exactly what you want from a waif-like intellectual French cyclist.

A niche category, in which compatriot Guillaume Martin, with his recent cycling/philosophy mash-up Socrate en Velo, is another strong performer.

As Bardet’s latest column (Rouleur edition 20.3) revealed, though, he is now the proud father of a bouncing baby boy. If my experience of the brain-carnage of parenting is anything to go by, intellectualism – in fact anything smarter than a comedy fart noise – is about to become thin on the ground chez Bardet.

Ten years ago, for example, I was a contender for the smartest person in my house, and now look at me: top four at best.

Bardet, though, is making the most of his still functioning faculties to capture the joy of parenthood in my favourite cycling magazine. I particularly enjoyed his use of baby-as-pro-cyclist: feeding every three hours is just like a pro on race-day; avoiding your share of menial baby tasks is ‘missing a turn,’ as unforgiveable in the house as it is on the bike. 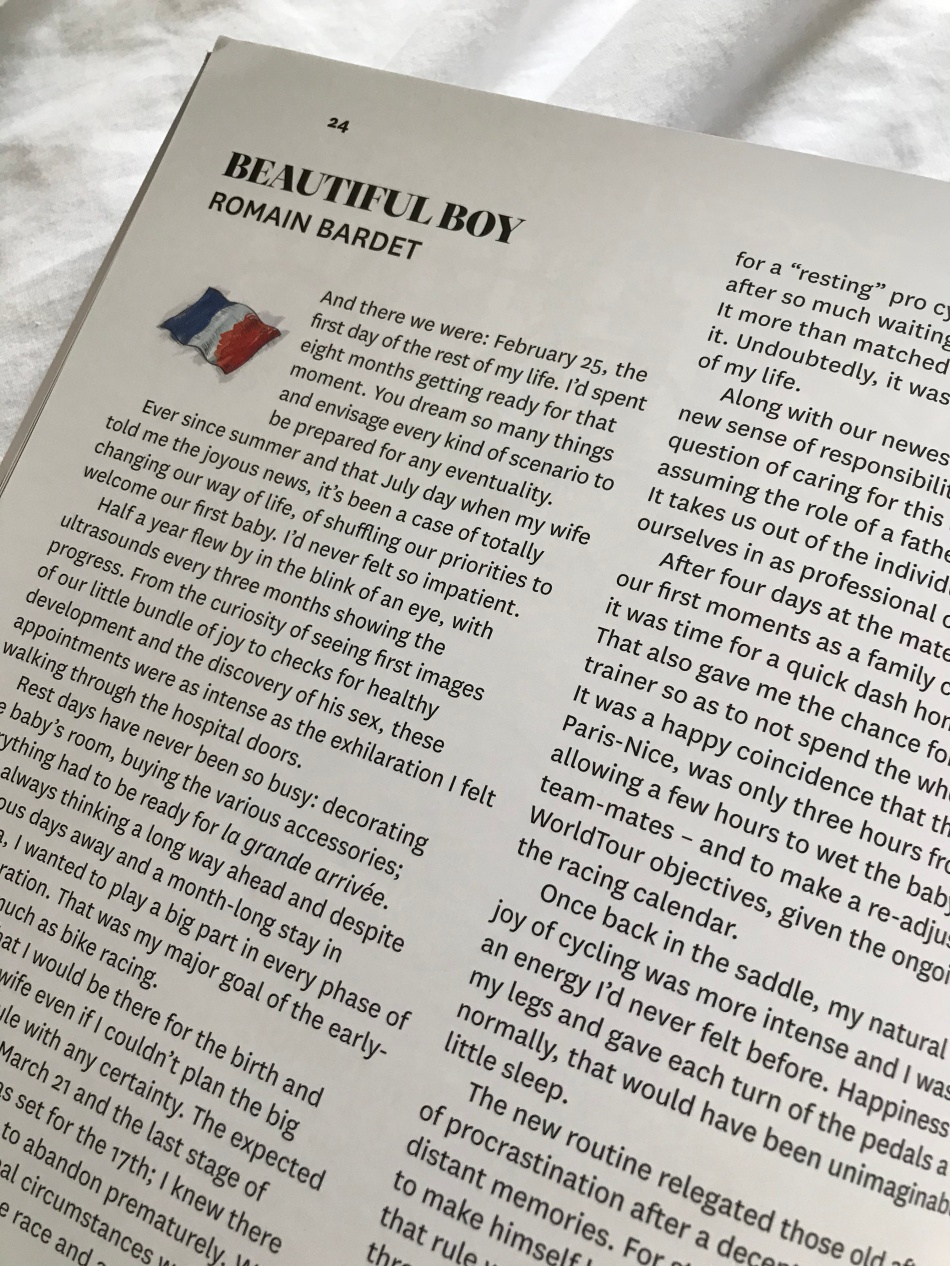 We experienced parents know that he could have pushed the metaphor further.

What is a slather of Sudocrem on a baby’s sore bum if not a precursor to the Chamois Crème applied to the leathery rear-end of a hardened pro?

Is there really much difference between a superstar team-leader gathering a team of loyal domestiques to service his every whim, and a tiny human demanding likewise from a pair of underpaid brow-beaten parents?

And what of the pureed mush crammed down your precious little one’s gullet in the name of nutrition?

Before long (I give it a week) the truth will dawn on Monsieur Bardet: he used to be a team leader but is now a Soigneur. His job is to serve others. He’s a link in a chain of which he’s no longer the end result. He makes the food, packs the bags, wipes up the bodily fluids, and sends the boss off to claim the glory.

Who knows: it might all end with Bardet claiming that elusive French Tour win?

Little Angus, that is, not Romain.

He’ll be too tired for that now.

0 comments on “One Bardet at a time”