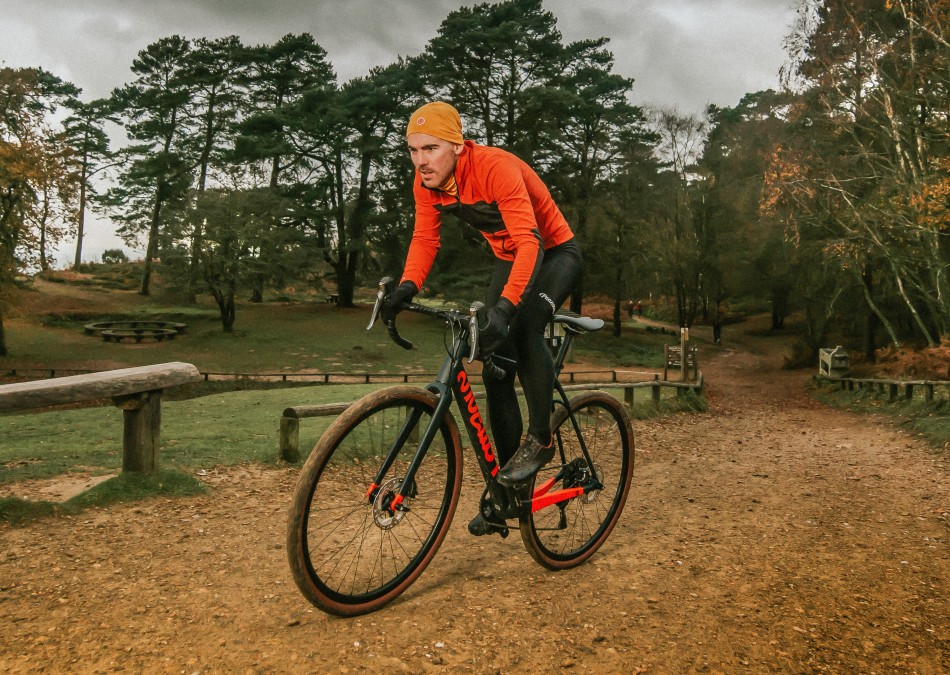 Offered the chance to interview the affable Will Pearson, Joint Director (with brother Guy) of Pearson Cycles, I did what any self-respecting cycling journo would do: I went for the jugular.

I shone a metaphorical angle-poise light in his face and left him in no doubt: This is no puff-piece Mr Pearson…I’m gonna need answers!

Road|THEORY (RT): Tell me Will, this claim to be the longest established biking business in the world…is this verifiable? Has it been ratified? Do I need to call out ‘fake news’ here?

Speaking as someone who once lived in the very much un-ratified ‘world’s first fair-trade town,’ I have a healthy scepticism of such claims. It was Garstang, Lancashire, for the record, and a tag line on the town sign was apparently all the proof they needed.

Will Pearson (WP): It was, back in 2012. The people from Guinness turned up on our doorstep with a certificate.

Ok then. No further questions Your Honour (I’m not about to argue with Norris McWhirter and his crew). WP: It’s quite a novel thing: five generations, passed down father to son since 1860. We have scoured the internet, just to make sure, to check there are no other candidates.

Having survived two World Wars, the Great Depression, and who knows what other trials and tribulations, Pearson have been doing something right to thrive for so long.

Had you rolled up to Pearson back in 1860 you’d have found a Blacksmith catering for horses and carts on the route from London to the ports on the south coast. Once bicycles started to feed into the world, however, the Pearson family became dab hands at fixing and selling them and eventually converted fully to a cycle business.

Rumours of a Victorian espresso machine in the corner of the shop and a well-thumbed period copy of Rouleur on the counter are, with the passing of time, difficult to verify.

WP: Absolutely. And choice is so much broader these days. There is good and bad stuff out there, but you do see stuff that just blows you away and you think ‘where did that come from’

I’ve been clad consistently in the ‘Test Your Mettle’ jacket from Pearson this winter, and in that same spirit I find myself asking: Wow…where did that come from?

WP: There has always been demand for Pearson clothing and we had teams kitted out in it and still do, but it’s fairly generic team kit. We were also looking for a sustainable element.

RT: And by sustainable you mean..?

WP: Haha, yes, you have to be careful – the term can be spun in all kinds of ways. We felt there was a lot of waste in clothing manufacture, that many of the materials being used were very plasticky and ended up in landfill. We looked at the alternatives in terms of natural products and realised you can put a good range together.

From there Pearson teamed up with Simon Huntsman, formerly head of Research and Development at Rapha (you might have heard of them?).

RT: So did Simon bring his best ideas across from Rapha or the cast-offs that never made the cut?

WP: Haha. Simon brought a wealth of knowledge to things. We’d been badgering him for a while before we got him to join up along with Chris Vandrill, an expert from the world of technical outdoor wear. 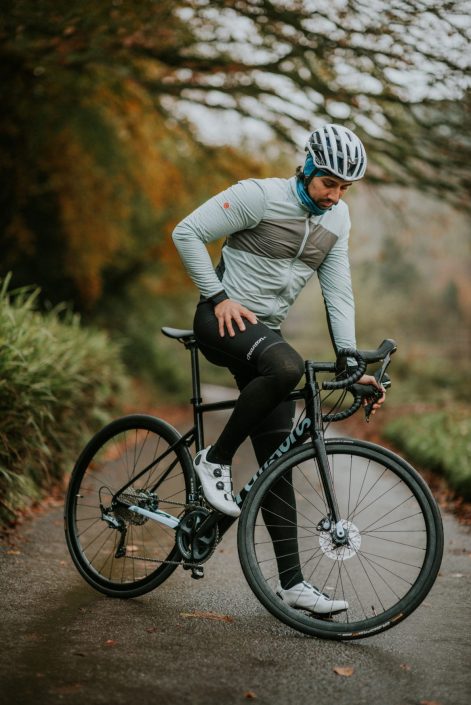 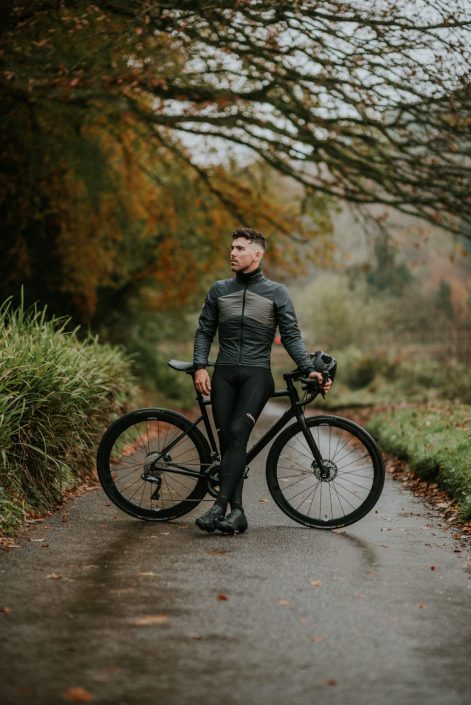 Will refers to Finisterre, the Cornish surf brand, as a reference point; fully sustainable and thinking around the same key themes of performance, style, and a unique design within a sea of other brands.

But people have strong links to their favourite brands. And because we cyclists have options as to how and where to spend our hard earned cash, competing brands have to earn the right.

I’m no technical expert, but I know what cycling kit feels like when I wear it. With the Pearson jacket you can feel it breathing – that waft of air sneaking through the pores in the outer shell – while the insulation inside counteracts that and traps the warmth. The outer surface repels all but full-on rainfall and has that lovely, lightly padded feel – around the cuffs and collar, and across the wind-proofed chest – of a warm jacket.

It’s a great balance between snug luxury and pragmatic performance, and is responsible for convincing me to clock up more winter miles this year than I might ordinarily manage.

A less skilful product might pitch it within jack-of-all-trades-master-of-none territory but it’s far better than that, covering a range of conditions with real panache.

WP: We like to remove those barriers that might prevent people getting out on the bike. I counted eighteen separate pieces of kit before a winter ride once! But this jacket is light and it replaces a lot of those layers; it’s just a case of trying to take the faff away.

Which is a wonderfully understated description of a brilliant piece of kit.

If we were in any doubt about the modernity of the current incarnation of Pearson Cycles, a click through the website reveals a very 21st Century (and welcome) theme: the promotion of positive mental health and well-being.

WP: We just feel there’s a real link between riding bikes and the effect on someone’s persona.

RT: The language on your website – calming the mind, fuelling the soul – this is common parlance these days. Many of us can relate to this in connection with our cycling.

WP: In the past cycling has been more of a macho thing, about beating your mates up a climb or whatever, but for most customers it’s about clearing the head. The net result of lots of training produces a positive mental effect. It doesn’t have to be about riding 100 miles! 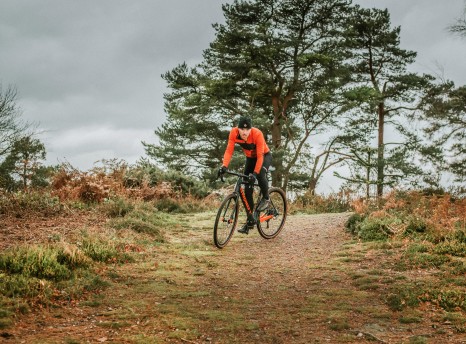 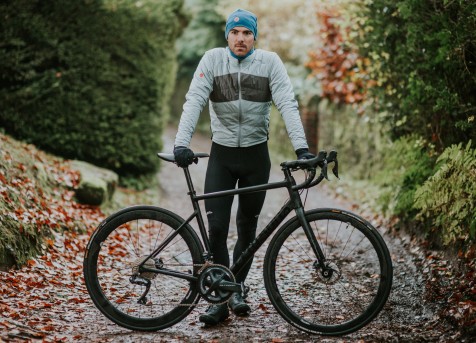 RT: I often revel in that dynamic you get when you ride with someone. There’s no eye contact, you’re side by side on the road and sharing an experience, and it’s conducive to opening up and talking about stuff. Personal stuff, sometimes.

WP: Exactly. And as the saying goes, a problem shared is a problem halved.

Inside Out is Pearson Cycle’s latest contribution to the promotion of positive mental health; a series of four ‘urban gravel rides’ in 2020 – one for each season – in and around South West London. A cracking intro to the world of gravel riding, with all proceeds going to mental health charities.

Ultimately, the chaps at Pearson really want you to ride your bike. And they’re genuine. If that bike happens to be a Pearson bike, and your jacket has their distinctive red rose logo too, then all the better.

WP: Rather than necessarily buying a product (which of course helps!) our overall Pearson ‘Why?’ is to ‘make the world want to cycle’. We want the customer to come away with a benefit. This might be a piece of kit but more often is a tip, a bit of advice, or some other inspiration to go out and ride.

And that, in the grand tradition of the local bike shop, and in this era of the all-conquering online cycle superstore, is a thing worth preserving.

Here’s to the next five generations.