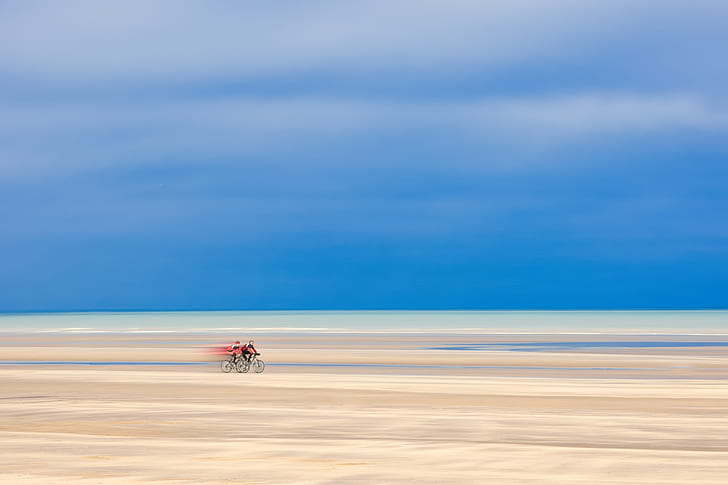 Back in 2009 I was in the early stages of cycling.

I found a fully-formed sub-culture where words like ‘brutal’ and ‘epic’ were common; levels of happiness, fitness, or hunger were prefixed with the word ‘super-‘; and clothing that I might once have categorised as ‘fetish’ I now understood as ‘aero.’

I could see that at some point, legs would inevitably be shaved.

As such, I was smack bang in the target audience for all the generic content churned out annually by the cycling media.

You know the stuff: make 2009 your fastest year EVER!; knee and back pain explained; five ways to climb casually out from a bush after you’ve crashed embarrassingly into a bush.

The occasional gem of insight tucked away inside eight-hundred words of reasonably spelt, competently punctuated ‘content.’

I soon moved on, but one pearl of wisdom stuck with me. It fell from the mouth of Bradley Wiggins, plopped out onto the page of my magazine, and crawled into my ears.

“When you head out for a ride,” said Wiggo, and I’m paraphrasing here, “always ride into the wind on the way out so you have a tailwind on the way back when you’re tired.”

Righto, I thought, I will do exactly that.

Within three short years the man had a Knighthood on the strength of such insight.

I would dutifully point myself windward, grovel pathetically for thirty miles, and then about-turn and ride home; wind at my back, god-like and untouchable. Knee and back pain largely absent. Bush-related incidents a thing of the past.

And then one day I had an epiphany. The gods of weather offered me a sign. Zeus himself arrived (though I was tired from the headwind and it might have been a hallucination) to deliver – POW! – a 180 degrees swing in wind direction exactly mid-ride.

I raised a fist to the skies and cursed the British god of sketchy advice:

“DAMN YOU WIGGINS!” I wailed, “WITH YOUR GENERIC HALF-THOUGHT ADVICE (THOUGH JUST FOR THE RECORD I STILL RESPECT YOUR ATHLETIC PROWESS, TOUR DE FRANCE WIN, AND THAT BACK OF THE MOTO COMMENTARY BIT YOU’VE BEEN DOING ON EUROSPORT RECENTLY), AAARRRGGGHH!!”

I arrived home bedraggled. Super-tired. It’s tempting to say I wouldn’t have wished an experience like that on anyone, but I’d be lying. I’d wish it on everyone I’ve ever ridden a bike with because that’s how cycling works.

I do, however, believe in the law of averages. The sixty-mile double-headwind is, when following the Wiggins method, always a possibility.

Reverse the polarity on Sir Brad’s advice, clock up enough hours on the ol’ push iron, and eventually you’ll get another mid-ride guest appearance from Zeus, a sixty-mile tailwind, and a reason to hang up your wheels and die happy.

You may also be kissing the Tour win and the Knighthood goodbye, but you can’t have it all.

3 comments on “In search of a sixty-mile tailwind”