Nuance and subtlety have been elbowed aside. The gods of tech, from their Silicon Valley lairs, have leveraged considered opinion, arm up it’s back, and dragged it off into a dark corner in the name of a workable business model.

This is not an era that tolerates grey areas.

Facebook, Twitter, TikTok, that other thing that kids twenty years younger than you are living their lives through…by chiselling away at our very thoughts and impulses, lump hammer in one hand and machine learnt algorithm in the other, they’ve spliced us (not so) neatly down the middle.

We are, as we well know, polarised.

But, fellow cyclists, I’m here to tell you that polarisation is a good thing. That fuzzy bit in the middle is the reason your form has flatlined. Your hard rides are too easy and your easy ones are too hard.

You’re firmly in the grey: aka the comfort zone.

You need to polarise.

Imagine you, the cyclist, are Goldilocks. In her teenage years. She’s had a difficult time recently and is still working through some daddy (bear-related) issues. The adrenalin hit of illegal porridge consumption and that provision of slow release energy so crucial to teenage girls and cyclists alike remains irresistible.

She inhabits a blueberry, banana, and golden syrup-topped netherworld.

Entering that forest cottage she sees the three bowls laid out at the breakfast table. She uses her experience and heads straight for mummy bear’s, knowing it to be just right.

But then, an epiphany.

Spitting the mouthful across the table: “This is the problem!” she exclaims. “It’s neither one nor the other.”

Her performance on the bike, see, has plateaued. This perfectly prepared porridge is tasty, and enjoyable, but is not making her a better porridge eater. It offers nothing in the way of progress.

“To push on to the next level I need to engage with these other bowls of porridge in a more structured way,” utters Goldilocks, to the empty cottage. She considers checking what Cycling Weekly has to say on the matter but worries that the sub-standard fairytale-WiFi won’t cope with the deluge of targeted online ads thrown her way.

“OK,” she steels herself, “think this through G…” 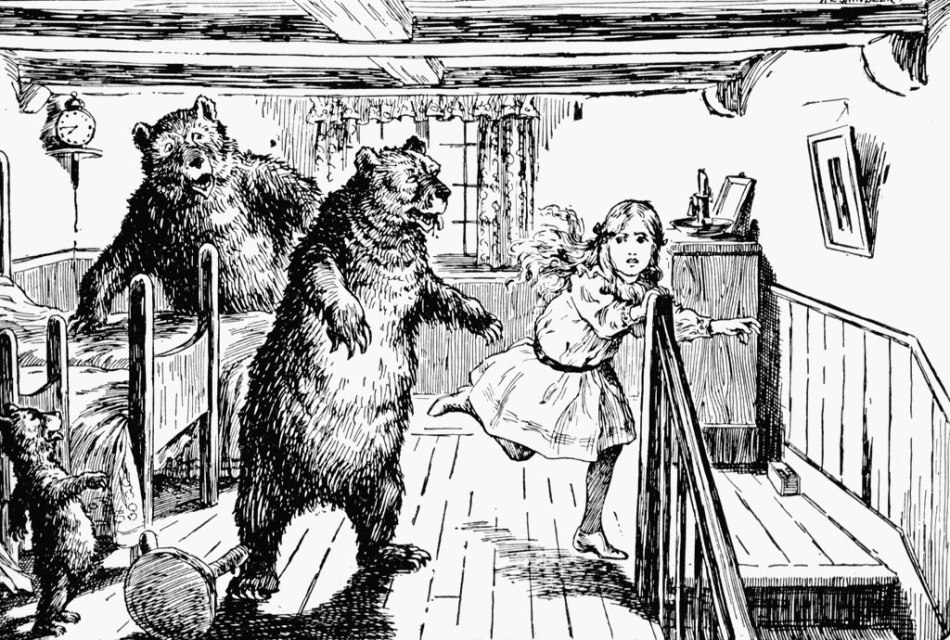 “I need to mix things up,” she announces, cryptically to camera like Phoebe Waller-Bridge in Fleabag.

She vows to alternate between daddy bear’s and baby bear’s whilst throwing in a few bowls of mummy bear’s for variety and pure enjoyment. On a daddy day that porridge needs to scald her mouth. On a baby day it should be stone cold.

Problem is, even Goldilocks has totally lost the thread as to whether we’re now talking about porridge or cycling.

Allow me to summarise:

As for the bears, they’re furious.

Partly because Goldilocks, still, all these years later, is thieving their breakfast. But also because they have taken a different approach to fitness and are out on their bikes, pre-breakfast, partaking in a fasted ride.

Their plummeting glycogen stores, whilst undoubtedly helping their bodies adapt to a fat-burning energy system, play havoc with their mood.

If they end up online, now, in this state, they’ll be spewing pro-Brexit bile and anti-immigrant sentiment faster than you can say mixed-metaphors, fuelling the polarisation of our culture and enabling the election of nationalist leaders the world over.

Beware the fasted ride, I suppose is what I’m saying. And also the bears.

And go easy on the grey areas.