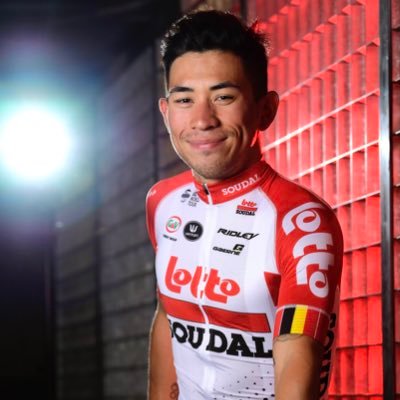 Mark Cavendish, the sprinter of his generation, was a selfish bugger. In his heyday, any time a Tour de France stage was sprint friendly he’d make a unilateral decision that it was rightfully his. Never in the history of sprinting has there been such a consistent, and greedy, finisher as Cav.

But, as you probably know, he wasn’t selected for this race. Fading form and inter team politics saw to that. Which leaves us with the new generation. The sprinters in the post-Cav world.

And they’re a bit different.

They like to share. Some of them are millennials, you see, and millennials enjoy a more cuddly, softer view of life.

So far in this Tour there’s been one sprint win for Viviani, one for Sagan, one for Groenewegen, and one each for Groenewegen’s lead out men Mike Teunissen and Wout van Aert.

Michael Matthews has missed out but, judging by his position today in the Sunweb lead-out train, he’s not in tip-top sprint finish condition. Which leaves tiny Aussie Caleb Ewan. Winner of two stages at the Giro d’Italia earlier this year and absolutely gagging for his maiden Tour de France win.

As teams got organised in the final ten kilometres into Toulouse today it looked for all the world like another Jumbo Visma win. Groenewegen was delivered perfectly, like a fully formed baby at the hands of a veteran midwife, in textbook style.

His lead-out train peeled off one by one – Wout van Aert, impressively, coming back for three separate turns on the front – and at that moment when he hit the front I would’ve put not only my mortgage on him winning but your mortgage, your friends mortgages, and the entire contents of my kids money boxes on him winning.

Only Caleb Ewan saw it differently, launching, hail-Mary style from the Dutchman’s wheel to win by the width of a tulip stem.

All of which leaves us with just two more probable sprint stages in this Tour de France: stage sixteen to Nimes, and the Grand Finale on the Champs Elysees.

So, presumably it’s Michael Matthews turn next, which leaves the big one. Rather like the honorary degrees given out to people of note by British universities I can only assume, having divvied up the stages amongst the sprinters thus far, that a similar arrangement will be in place for Paris.

Marcel Kittel – the German sprinter currently on sabbatical – will, I predict, be declared the honorary stage winner for services to sprinting, hair, and hair products, and for being an all-round lovely chap.

Although, judging by Dylan Groenwegen’s terse, eye-contact free post-race interview today, he’s perhaps not as cuddly and eager to share as I’m suggesting.