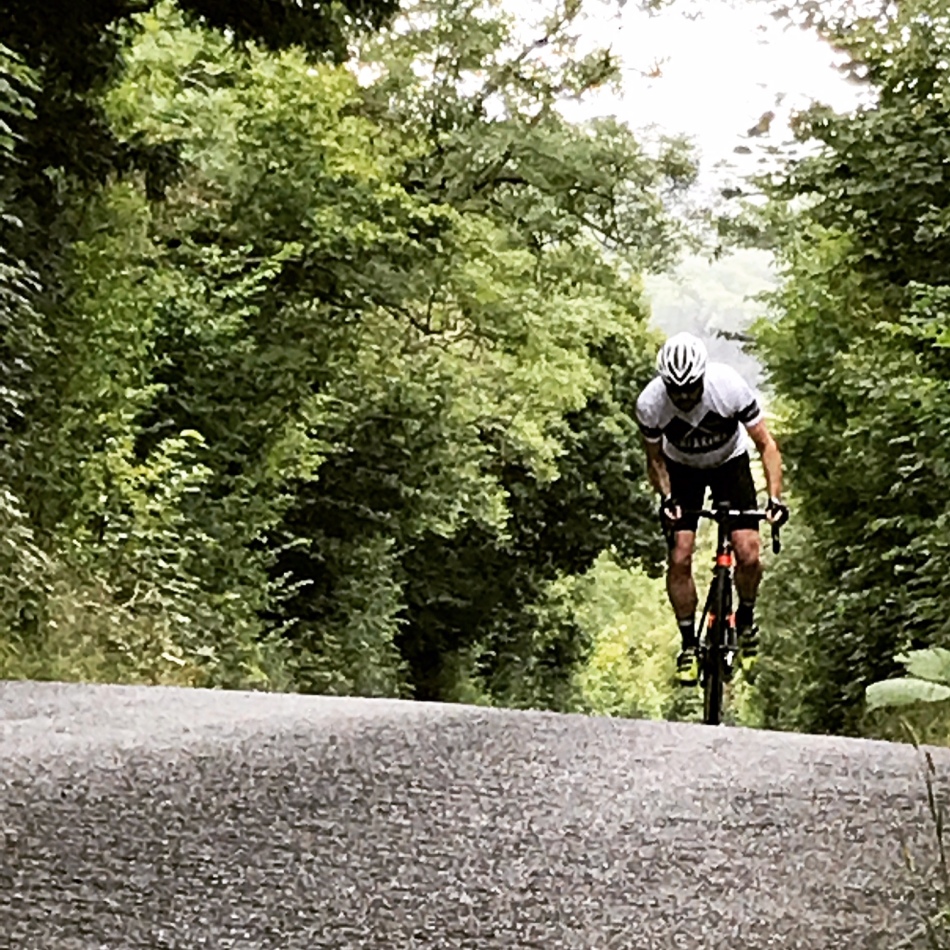 So here we are. I’ve reached a crux, balanced precariously atop a watershed, near a fork in the road.

It is June 2019. I am forty-two years old and, for the first time since September 2018 I’m in possession of something resembling ‘form.’ It’s been a long road and I consider my arrival at this point an achievement.

I had one of those autumns, see, which bleeds into a winter where I find excuses not to ride. Nearly all weather-related. This is the problem with a long(ish) hot(ish) summer. The bar is raised.

Each time the air temperature dipped below seventeen degrees (Celsius, of course…I’m not a complete savage) I instinctively downed tools. Look at these tanned limbs, I would think to myself, do I look like a man who will ride a bike in any old weather?

But in the north of England, from September onwards, this seventeen degree tipping point is a common occurrence. The vast majority of time is spent below this theoretical bar. I barely rode my bike, thinking myself above such things as long sleeves or knee-warmers.

Predictably my fitness ebbed, some donuts were eaten, I stayed indoors and wrote a book, and before I knew it my tanned skin was a distant memory; replaced by some kind of crispy, translucent covering, like 1980’s school toilet paper.

My superpower was gone.

My form in tatters.

The subsequent effort to regain it from such a low base has, at times, felt Sisyphean in it’s futility. I’ve blown it, I thought, I’m too old and too tired to get back there now.

Only the early season brutality of the Yorkshire roads, a well-timed trip to Emilia Romagna, and the stake-raising carrot of the Fred Whitton Challenge in May 2019 provided a powerful enough reason to claw it all back.

It’s been emotional, and I’m not sure I’ve got the energy for such a comeback again. I now either retain this form for the rest of my life or kiss it goodbye and lose it forever. These are my two options.

You may wonder why I see this in such black and white terms. Surely there is an adequate, achievable level of fitness somewhere below my best form that will be acceptable? But this questions assumes that form is a number. Some data.

When it’s actually a feeling.

Right now, June 2019, I have that feeling. My legs are spinny and supple, carved into shape, the right tool for the job. Each time I hop aboard my bike I do so in the company of two excitable Border Collies given free reign over a field of unruly sheep.

Walking, or worse, running, feels weird and clunky. Pedalling feels perfect. I dance up some local climb feeling joyous. I’ve never ridden up there that quickly, I think, making a mental note to check in with Strava later to bask in my glory.

Strava can produce data all it wants…I can feel it.

2 comments on “Feel the form and do it anyway”