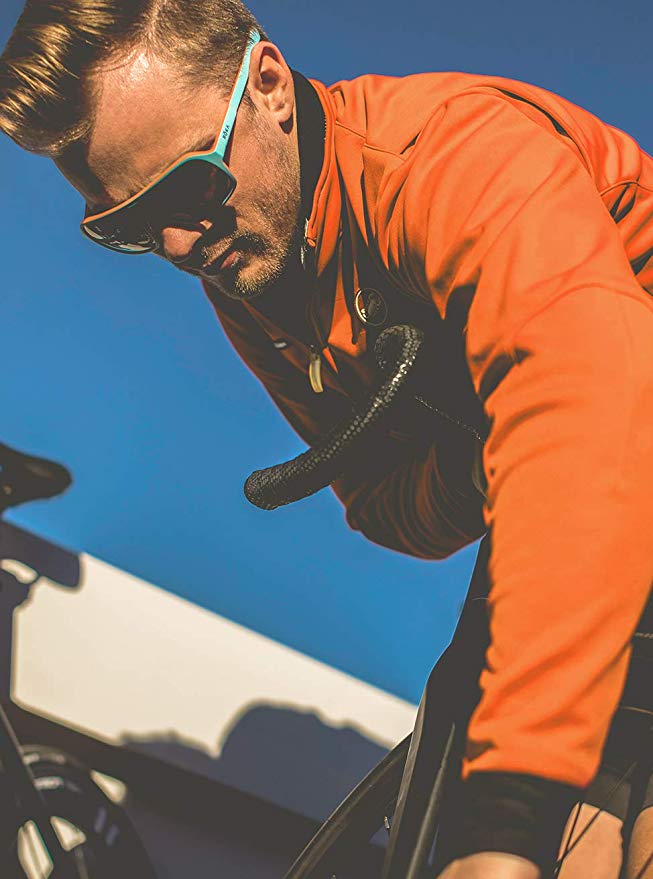 Because these are my go-to lazy Scandinavian stereotypes.

But then I began to see Roka shades everywhere.

Like when you hear a new word for the first time and then read it in what seems like every other sentence for the next week.

There they were on the faces of the Direct Energie pro team. And worn by Dan Martin and Rui Costa of UAE Team Emirates. Adorning the eyes of Bryan Coquard of the Vital Concept team and the near-dominant Boels-Dolmans women’s pro team.

And then came the twist.

Not Scandinavian, but American.

Born in Austin, Texas, the Roka brand began with wetsuits and went from there. As you do. They have a business model which cuts out distribution networks and retails direct to the customer, from warehouses in the US and UK. And they do this pretty sharpish, if my experience is anything to go by.

So…you see them on the faces of athletes, you clarify they are not Scandinavian (despite boasting many of the best Scandi stereotypes), you order, they arrive; but what are they like?

I took delivery of a pair of ‘Torino’ shades in Sky Blue and Orange.

Roka have options which are very much cycling specific; their take on Oakley, 100%, Bolle, etc. A variation on a theme. Very cool shades in that genre. The ‘Torino’ are not this.

They are the offspring of POC and Oakley. A cross between sleek go-fast-on-the-bike and effortless sports-car-roof-down-on-the-French-Riviera. They have mirrored lenses and a shape that doesn’t care for marginal gains, but they also have an air vent to prevent fogging, grippy little arms, and they weigh nothing.

They are the bastard lovechild of style and substance.

I rode the Fred Whitton Challenge in the UK recently and I wore these shades. As I crested one of the many climbs, in amongst the encouraging soundtrack of cheers, applause and cowbells, I got a ‘whoah…nice shades man’ from a gaggle of spectators.

Didn’t ease the pain in my legs, admittedly, but a nice moment all the same.

In terms of lenses, Roka have the burb on their site describing the manufacturing involved and the science behind it. For me, the average cyclist on the street, I put them on and everything goes sharp and clear.

I can pick out the road whizzing by beneath my wheels.

I am not dazzled by the sun.

They are great. I interchange them with other shades I own, and with those of my cycling buddies, and they are at least comparable to everything else high-end. Top-notch. Not sure what else to say; as lenses go, I can’t fault them.

All told I love the ‘Torino’ from Roka. They perform and they look amazing. And as for the Roka brand in general pro riders in the World Tour – the very top of the sport – just would not wear them if they weren’t up to the job.

They wouldn’t take that chance.

Roka shades are not Scandinavian, but they’re as good as.

What more can I say?