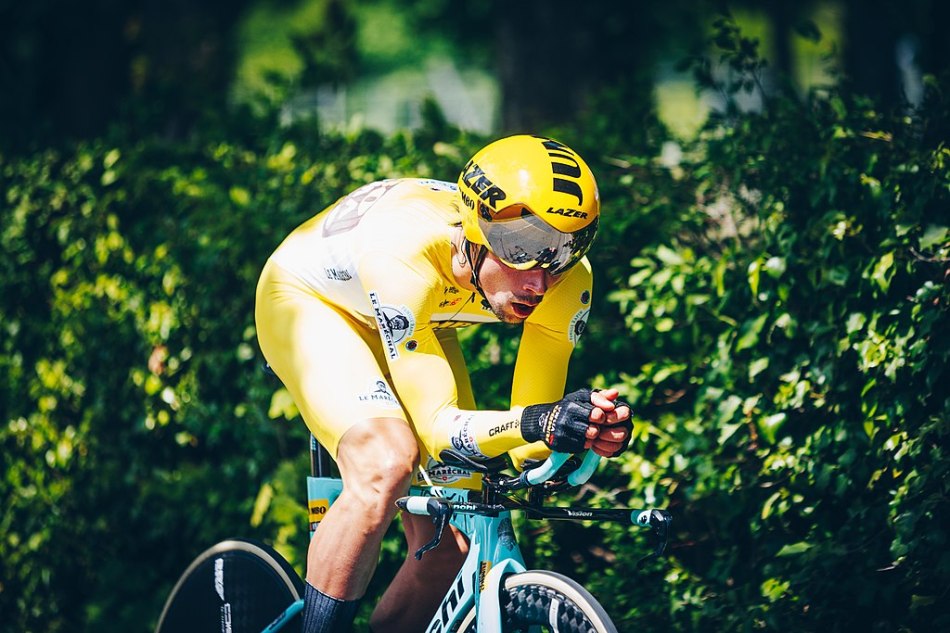 “Let’s hear from the guys in the studio” has become a familiar refrain on Eurosport during this Giro d’Italia. Cut to Wiggins, ‘Smithy,’ and Simon Gerrans – angular and skinny, like he’d never retired – primed and ready to be pumped for detail by the peerless Orla Chennaoui.

And because stage 9 was a TT, the detail was very detailed. It was details about details. With extra detail.

I would suggest it took less detail to put a man on the moon back in ’69 than we got today, in the service of a parade of skinny men riding quickly against the clock towards San Marino.

Such are the early stages of a time trial.

Before the main contenders have rolled down the start ramp the action is largely low key and airtime needs filling. Deep-dive analysis does that job.

We had Wiggins talking about the tightness of the brake cables on a TT bike; a niche area, if ever there was one. Then Gerrans mused on the positioning of Italian zebra crossings (right on the apex, apparently), the white paint just sitting, waiting to cause a slip and ruin the race of a pro cyclist.

Puddles of rain were dictating the racing line. Yates had ‘the big silly glasses’ on instead of an aero visor. When you’re out on course you want ‘clear, concise information from your team,’ warned Wiggins, ‘not opinion.’

I like a Nibali/shark/wet conditions pun as much as the next fan, but to hear these recently retired pro cyclists discuss the nuances, in fact the subtleties of the nuances, of the action on our screens, was equal parts insightful and nerdy.

By the end of the segment I felt both more wise and less interesting.

Once we reached the business end of the TT, of course, we stayed well away from the studio and focussed on the drama on our screens, described, as per, in riveting fashion by Rob Hatch.

Primoz Roglic, expert TT’er and strong climber, was expected to make time on his rivals; today’s course, in profile, being flat like a TT then uphill like a climb. As much as a minute, some suggested, maybe more, against Yates, Nibali, and Lopez.

Much as I hate the phrase, carrying as it does the whiff of a lairy British stag-do in Prague, there was only one way to describe what Roglic did today: he smashed it.

‘A bit of a stinker,’ was how Yates described his performance.

Much of social media immediately declared the race over. Roglic has won it. Done and dusted. And he is, of course, in a strong position. But they haven’t even ridden a mountain yet, and there are a few to come. And the thing about Grand Tours is that stuff happens.

Along with a hundred other forms of mistake, mishap, or misadventure.

Don’t stick your mortgage on him just yet.