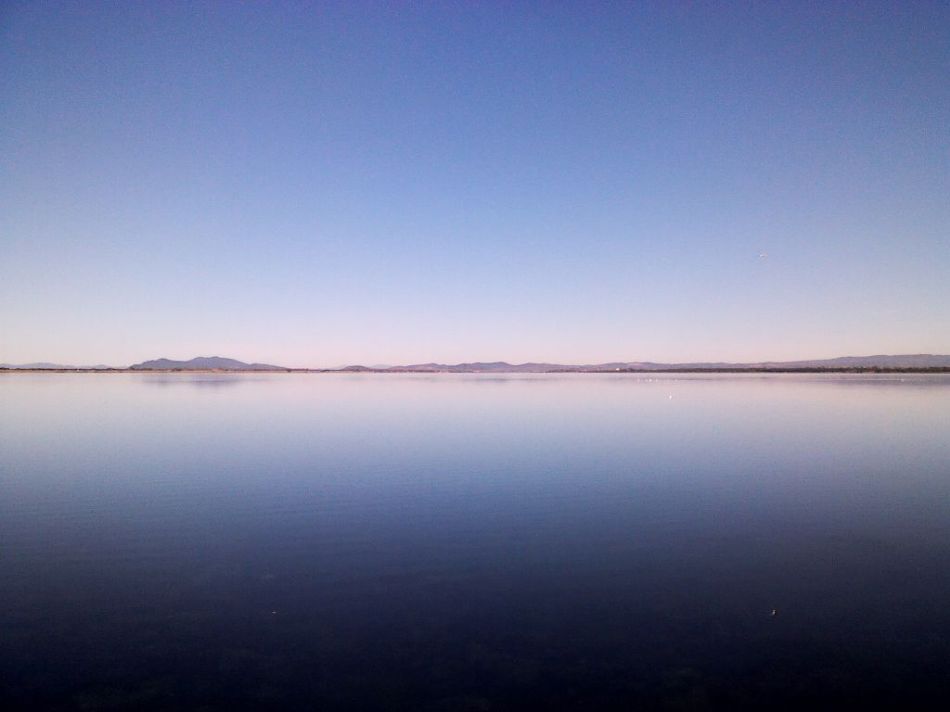 The view from the helicopter today was one of rolling, lolloping, Tuscan countryside. The sporting action was at a premium. The arc and dip of the peloton across the landscape threatening to lull any weary watchers off to the land of nod.

Being partial to a TV nap myself I had to stay alert. Ward off the siren call of sleep. There was talk of a narrow finish preceded by a tight chicane, and I was not prepared to miss that. Anyone who knows anything can see that a run-in like that will cause drama.

With twenty kilometres to go the tension was building for a reason.

As they ticked by the exposure of wind-battered coastal roads and the whiff of a Giro stage win notched things up. The lagoon town finish of Orbetello loomed. Lead-out men muscled into position, shoes were tightened, and sprinters peered between gaps.

With five K’s to go a tight left brought riders down, Quick-Step’s young Cumbrian James Knox among them, a split in the field. Riders would lose time, no chance of chasing back on. Tao Geoghegan Hart, leader(ish) of Team Ineos, among them, a minute and a half down.

In the final kilometre we see that narrow chicane, the entry to it being the thing they’ve all been fighting for. All that frantic speed scrubbed off, a left and then a right, before a bike-wrenching acceleration into the finishing straight.

Demare is there, Viviani is there, with stage two winner Ackermann in prime position. A single Grand Tour stage win to his name and in our minds he’s transformed. The Ciclamino jersey adds extra clout. Faster and stronger than then rest. The new man to beat.

Viviani agrees and chooses his wheel to follow. The Italian lurches left, edges past, and wins by half a wheel for career Giro stage win number six.

That lurch was a lurch too far. Ruled to have chopped up fellow Italian Matteo Moschetti, Viviani is relegated. An Italian, in the national champion’s jersey, in the Giro d’Italia, disqualified for an infringement that was (perhaps?) far from clear cut.

How times have changed.

The win goes to Gaviria; he’ll take it.

The last word goes to Viviani. Or it would. Except that he chose silence over words and sought privacy in the team bus. Not best pleased, I imagine, on a funny old day. Nothing much happened and then suddenly everything happened.

And tomorrow’s another sprint stage.