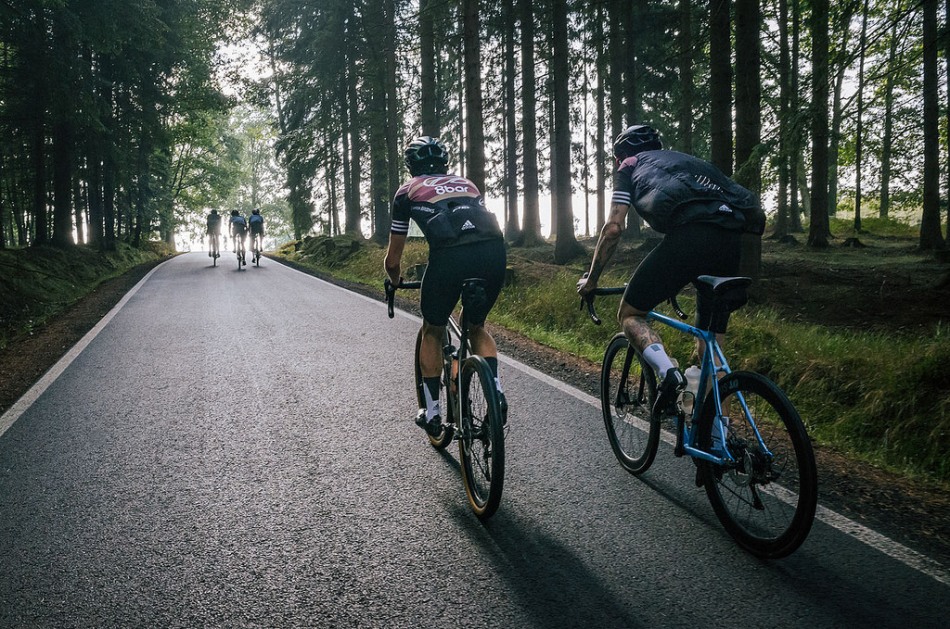 Humans, as you probably know, have a whole range of emotions at their disposal. Some experts suggest there could be as many as four, or even five, though I can’t personally claim to have experienced all of those.

The difficult thing with emotions is knowing whether they are good or bad. Wise people (my wife) will tell you (me) that this is the wrong question; an emotion is neither good nor bad, it’s an emotion, and it’s symptomatic of something else. It’s what you do with it that counts.

I’m putting words in her mouth, but I’m pretty sure they’re basically her words.

And I jest, of course; my wife and I are in full agreement about the role of emotions in life. Despite being born in the 1970’s we do not subscribe to the man/woman rational/emotional paradigm. I am a 2019 man. I have emotional intelligence. I will happily cry, given the right conditions. I am committed to taming my monkey brain and opening up.

However, as a cyclist, I maintain that one emotion above all others can be described as a ‘good,’ and indeed ‘desirable’. Where ‘good’ means I can ride more quickly and ‘desirable’ means any humiliation is kept to a minimum.

In civilian life, it gets mixed reviews. We’re expected to have pride in our appearance and take pride in our work, but in the full knowledge that it comes before a fall. Is it a virtue or a sin? Is it a humble attachment to one’s choices and actions, or a foolish sense of one’s own achievements?

Come March each year, the world of cyclists can be split into two groups. Those who have responsible jobs, families, and commitments, and those who get to spend most of their time cycling. I fall into that first group. I am, therefore, slower, at this point in the year, than others.

My goal is to catch up (and ideally overtake) as many of those in the latter group as possible. Having already ruled out blood doping, testosterone patches, and ‘Froome-strength’ asthma medication, I am reliant on only one training aid.

It is pride that forces me out the front door into the cold and rain, forces me to battle for the wheel of the rider in front, and forces me to continue digging deep despite the splash of snot down my front and the stars I see before my eyes.

It’s painful, and without pride I might find excuses. But pride overrules the pain and doubt. Like a dreamy hit of opioids in a rural rust-belt American town, it makes the hard times bearable.

Come summer, the early-season pain will pay back in spades.

I can only assume, using the simple black/white logic of the whimsical blog-post writer, that those in the opposite position to me – the ones without the job/family/commitment and with the strong legs/massive lungs – are utilising the opposite of pride to maintain their situation.

A heady mix of shame, sorrow, meekness and humility.

Which, if I’m honest, are not the words that spring to mind as they busily pummel and pound me into the Tarmac, kilometre after kilometre, week after week.

I can only be thankful they’re not also utilising the performance-enhancing powers of pride; imagine how quick they’d be then.

4 comments on “It’s been emotional”