The first rule of nicknames is: you don’t get to give yourself a nickname. As a schoolboy, left to negotiate the corridors and playgrounds nickname free, I bemoaned this fact.

Clearly I was too dull to warrant one.

My thirteen-year-old self, given the chance, would only have answered to The Crush-o-tron (or something equally teenage-boy), but even at that young age I knew that my nickname wasn’t my job.

Because to give yourself a nickname is a bit needy.

You’ve probably heard of them.

Last year they were Quick Step Floors. Before that they were Etixx Quick Step. Having previously been Omega Pharma Quick Step. For the purposes of oh-my-god-get-to-the-f****in-point let’s just call them Quick Step.

As pro cycling teams go they win an awful lot of races. They are attacking and exciting, and in recent years they’ve done some of their best work: Philippe Gilbert’s solo win at the Tour of Flanders, for example, or Julian Alaphilippe playing the role of swashbuckling pirate-clown while winning polka dots at the Tour de France.

Unfortunately, the fun has gone too far. Become too organised. They’ve revealed themselves to be not so much casually deliberate (aka effortlessly cool) as deliberately deliberate. With a side order of trying too hard.

Under the misapprehension that it was their job, they gave themselves a nickname: The Wolfpack.

Somewhere, in a parallel universe, there is a thirteen-year-old version of me who thinks that’s the coolest thing ever. The forty-two year old me is amazed I’ve reached January 2019 before pointing out how daft it is.

I can see where it came from; cyclists, as we all know, are pack animals.

Out on the road, in the wild, they form strict hierarchical structures and engage in complex social interaction. Taking instructions from a leader. Assisting each other with grooming rituals.

As Quick Step explain it on the tagline to the Wolfpack website: “A Wolfpack is a family, it moves together and lives together; no one gets left behind, because a Wolfpack’s strength is unity.”

To which the only rational response is: the nickname has its own website!? 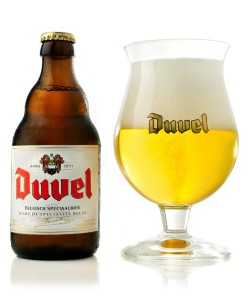 To pick your own nickname is one thing. At a stretch I can see how that might happen accidentally. One too many Duvels on a pre-season bonding session and the whole team are howling, teeth bared, at the drunken neo-pro in the corner.

They wake up with hangovers and they’ve become The Wolfpack.

One might even suggest the not-quite-invisible hand of the marketing team is at work here.

The hashtag. The logo. The merch.

Clearly I’m not in the target demographic for all this.

The thirteen-year-old boy that lives inside me, however, is hoping, excitedly, for one last big season in 2019 from Phillippe “The Crush-o-tron” Gilbert.