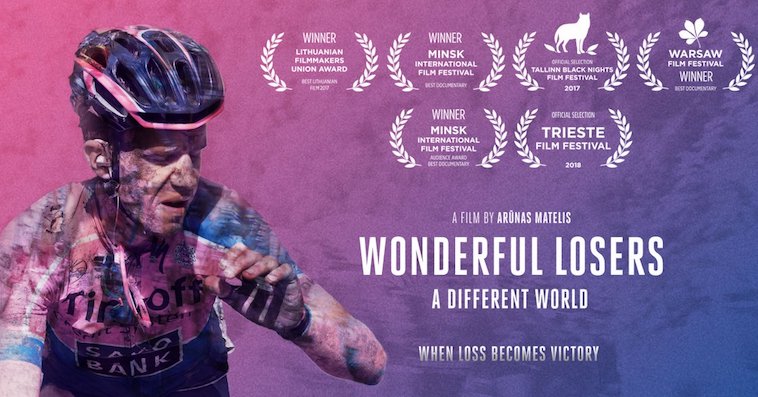 The gregarios (aka domestiques, or water carriers) plough their furrow in the world of pro cycling without glory. They fetch, and carry, and work for the team captain. They’ve barely a race win between them.

As Svein Tuft explains it, himself a career domestique, albeit a late-comer to the sport: you start a race with two-hundred guys and maybe five of them have a chance of winning it.

Wonderful Losers drops you into their world like the little yellow ‘street view’ guy on Google maps.

From a montage of that man Tuft, sitting in an icy stream high in the mountains, training, to up-close interviews in hospital beds and existential reflections from the massage table.

From this angle the sport watches like an extreme sport.

And from the back seat of the race doctor’s car, first on the scene, you get the chaos of the bike race and a parade of pro cyclists clutching body parts, losing skin, and enduring for the team.

The doctors tend to moving riders hanging on to the vehicle, with compassionate conversation and concern. Pain killers are popped into mouths and riders are cleaned up, patched up, and sent on their way.

Wonderful Losers is not about stars, or even cyclists, but people. Context is minimal. Riders are barely named. The action condensed to the role, task, or job of a particular gregario at a given moment.

Check out the trailer: