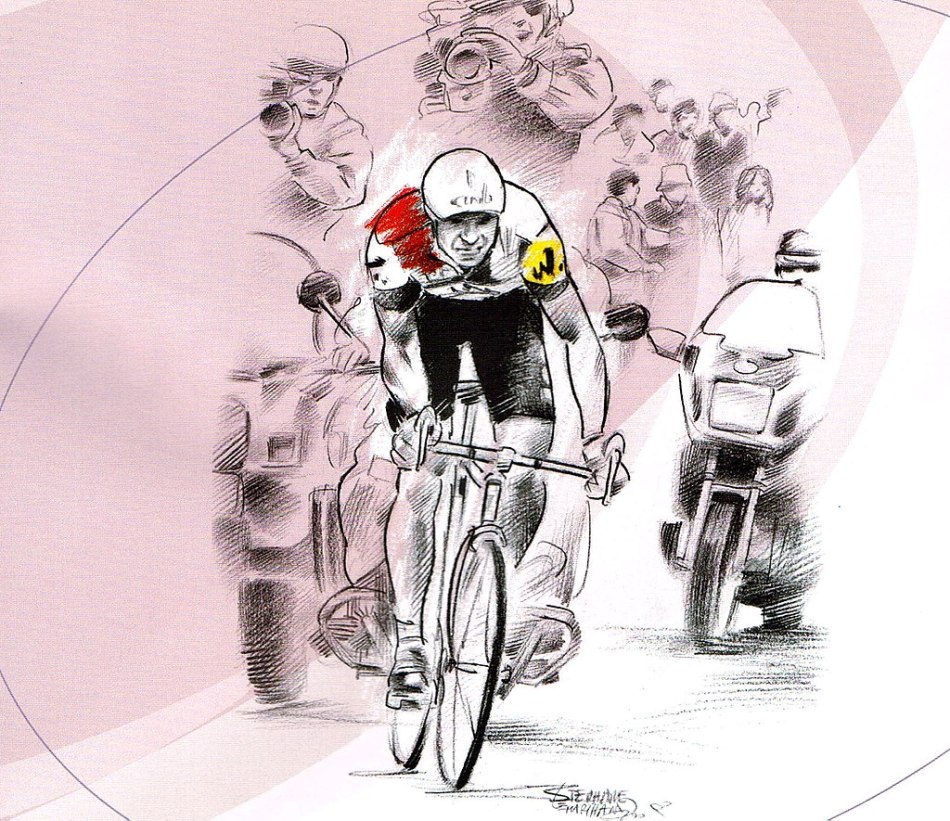 Stage five, on the roads of Brittany, offered us two varieties of terrain: an uphill variety, and a downhill variety. Optional variety number three – flat roads – were deemed surplus to requirements.

Hills were to be ridden.

Polka dots were to be earned.

Interestingly, the route profile was designed to perfectly resemble the up and down waves of Bernard Hinault’s furrowed Breton brow, as he contemplates his next public utterance on the Chris Froome/Team Sky/Salbutamol situation.

A nice touch from the race organisers in Hinault’s home region.

It’s the kind of stage that we like to compare to something else so we can mentally map it within the standard range of pro cycling terrain. We want to understand where it sits on the spectrum between pan-flat parade and five-col Alpine summit finish.

Also without the reverence for all things Belgian cycling – a reverence that is always maintained even when the race is clearly travelling through an industrial estate, before turning left onto a dreary housing estate, ready to negotiate the next set of roadworks against a backdrop of electricity pylons.

No offence Belgium, but Brittany is prettier.

Even when it resembles Bernard Hinault.

The seven man break that went clear today had the task of mopping up King of the Mountain points en route – one of these guys would end the day in the Polka Dot Jersey. Sylvain Chavanal, he of the record eighteen consecutive Tour de France appearances, was a man on a mission.

I like to imagine that, along with being in control of the break, he took charge of conversation, too; all misty eyed, no doubt, and regaling his companions with nearly two decades worth of Tour de France anecdotes.

“Erm…yeah, I think you did Chava.”

“So it was Stage two when I won it first, in Belgium…great day, actually…bit cloudy if I remember rightly…anyway, me and Fabian were just chatting when suddenly Alberto appeared…”

As it happened Chavanel eventually talked himself out of energy, and Latvian Tom Skujins wrapped up the Polka Dot scavenger hunt.

For the stage finale, with the break done and dusted, we were treated to a showdown between the one-day specialists and the climbers who can finish fast. We’re talking Sagan, Van Avermaet, Gilbert, Nibali, Martin, Valverde, Alaphilippe and, impressively, Sonny Colbrelli.

It was like northern Europe in April but without the cobbles and the cow-shit.

It would’ve capped the day off beautifully if Bernard Hinault could’ve mounted the podium at the end and punched someone in the face for old time’s sake. Alas, no.

I can only assume he was otherwise engaged. Back home on his farm, perhaps? Propped up at the kitchen table, brow furrowed, and elbow deep in the fine print of the UCI Salbutamol ruling.