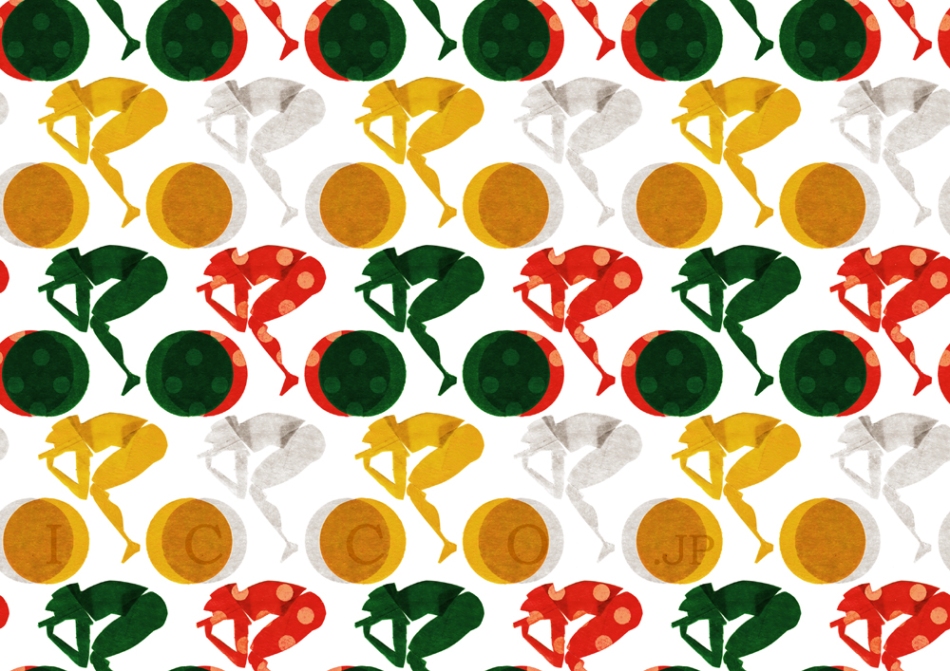 It’s stage two of this year’s Tour de France, and far too early to say whether this edition might turn out to be a classic. It does, however, already include one of the pre-requisites for classic status: a single rider, suffering excessively, for no practical reason.

The history of pro cycling is littered with this kind of thing. Whatever is going on between the riders competing for jerseys, the back story provided by the race extras is crucial. Pain and heroic resistance is irresistible.

Famous examples from the past include Fiorenzo Magni at the Giro d’Italia of 1956, and Geraint Thomas, who rode most of the 2013 Tour de France with a broken pelvis.

In crashing on stage one he fractured his scapula – the shoulder blade, essentially – and also received a whole needleful of stitches in his head. He battled to the end of the stage, went off to hospital for treatment, and took the start line today to get busy building his own little sliver of Tour de France legend.

Each time the TV director showed the back of the peloton today, there he was. Hanging on, dangling off the back occasionally, but holding fast. If it wasn’t the Tour he wouldn’t be bothering – he’s currently no use to anyone – but he’s getting pleasingly creative with the role.

A broken scapula and a few stitches is not how I wanted to start @LeTour, but this Texan will fight as much as I can to continue. I will donate $100 to the @AlkekVelodrome for Harvey relief for every stage that I can finish. Anyone care to match? @JJWatt @HoustonTexans pic.twitter.com/Hmd1qVNqHT

Foe each stage he survives he’s pledged to donate a crisp hundred to charity, and he’s drumming up support for others to do the same.

And with that memorable name – Lawson Craddock – and the fact that he’s conveniently dressed in the pinkest of EF Education First pink, cycling celebrity is there for the taking. It’s an object lesson in how to milk a broken bone.

Talking of which, it’s a surprise more scapulas, clavicles, and the odd cranium didn’t need patching up after today’s stage between Mouilleron-Saint-Germain and La Roche-Sur-Yon.

When the TV director wasn’t panning back to check on Craddock, he or she was cutting between crashes, mechanical failures, punctures, and all manner of mishap and misfortune occurring seemingly at random.

The most crucial of these took down Yellow Jersey Fernando Gaviria in the final kilometres, and held up most of the rest of the peloton to leave a select group of around a dozen riders to try and beat Peter Sagan in the sprint.

Sagan had plenty of committed teammates on call today – giving it “bifters”, as TV’s Ned Boulting rather pleasingly described at one point – and he now wears the Yellow Jersey.

To wear on top of his Green Jersey.

Which he pulls on over his National Champions Jersey.

That covers the rainbow kit denoting his World Champion status.

Well layered up. He has to wear all of them, right? I’m fairly sure that’s how it works.

As for Lawson Craddock, he rolled home safely and lives to fight on. Did I mention his race number is “13”? Unlucky for some, perfect for the marketing gurus.

He’s really knocking this fractured shoulder blade business out of the park.