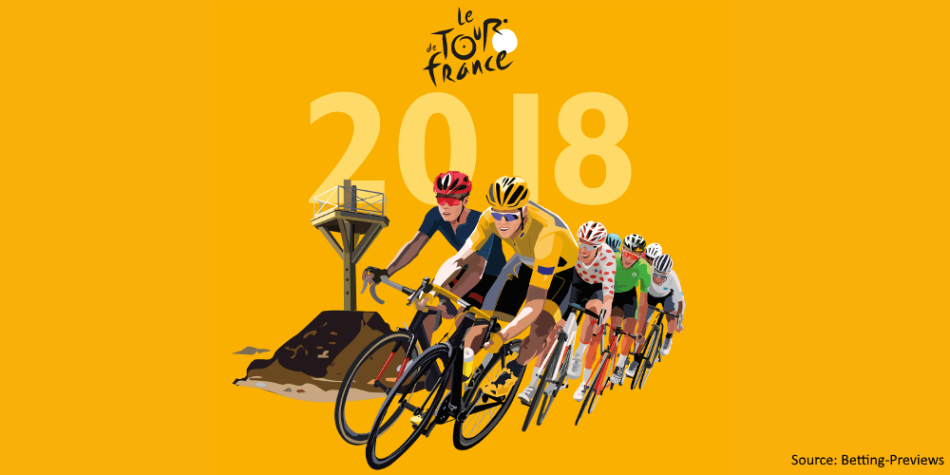 The Tour de France of 2018 begins, as it always does, with a number of questions which require an answer.

For example: By what method will Richie Porte contrive to lose time against his rivals? On what stage will Chris Froome hit the deck with his own, personal, single-cyclist crash? How will Movistar resolve their unwieldly triple team leadership issue? Who is this year’s big beast in the sprinting jungle? What mood will Mark Cavendish be in?

Rather than have these questions answered in slow-burn-stage-by-stage-tension-raising fashion, this year we’ve got them all out of the way early.

For around 180-odd kilometres of today’s 201 kilometre opening stage between Noirmoutier-en-l’Ile and Fontenay-le-Comte, all was following the formula set by the pancake flat profile: an early breakaway group of low ranking French riders was allowed to form, before being reeled back in plenty of time for a quick, flat, sprinters showdown at the finish.

And then, in classic Tour de France style, a quiet day became a suddenly noisy and slightly panic-stricken day for a number of riders. Questions, in the blink of an eye, became answers.

Richie Porte was caught up in a crash with around 10 kilometres to go, leaving him on the wrong side of a split in the race and losing around a minute to Bardet, Dumoulin, Landa, Thomas, Nibali and Valverde, among others. So that didn’t take long.

Froome, not long afterwards, attempted to share a thin strip of Tarmac with perhaps the widest cyclist in the whole race – Marcel Kittel – and ended up in a field covered in grass stains. He leapt back up, but the race barrelled on, and he finished in the Porte group, losing time.

In amongst all the drama we did get our sprint finish. Quick Step, one powerhouse rider at a time, delivered Colombian Fernando Gaviria into prime position, and he unleashed his sprint to hold off Peter Sagan and comfortably crush Kittel.

Pre-race, he appeared philosophical and genial, like an elder statesman who’s crunched the numbers, calculated the percentages, and doesn’t like his chances. Post-race he cuddled and canoodled his tiny fortnight-old son for the cameras.

It was lovely stuff, but I like my Mark Cavendish to be tetchy, and grumpy, and operating on a short fuse.

There’s time yet for him to get cross, and pick fights, and win stages. But maybe he’s just too damn happy!

As for Froome, and Porte, and Quintana – in the words of Richie, post stage: “It’s the first day of the Tour. It’s not ideal.”