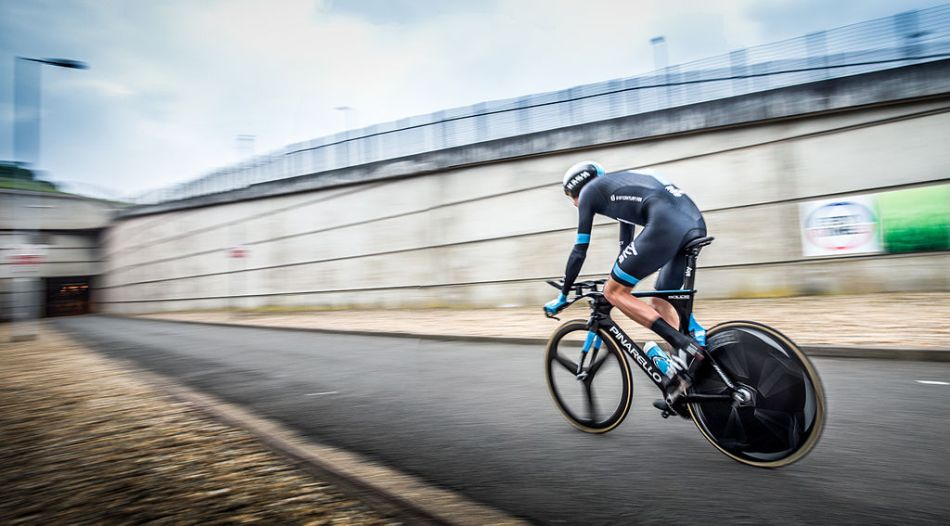 If you’re a masochist – which, if you take your cycling seriously, there’s every chance you are – you might have enjoyed watching Simon Yates fall to pieces on the slopes of the Colle della Finestre today while Chris Froome took flight.

But if you’re anything resembling a normal human being with a heart beating in your chest, that heart will have broken just a bit.

By the time the commentary team spotted the pink jersey number 118 hanging off the back of the peloton on the hairpins of the climb, Yates’ race was over.

Swaying on the bike, form in tatters, and ninety kilometres or so of mountainous terrain to ride.

He knew it, and we knew it.

Judging by the conspiratorial chat between Froome’s Sky henchman at the front, word had reached them too. Their punishing pace had done the damage.

I like to think even they felt for Yates a bit.

Act 2 came with eighty kilometres to go when Froome did the spinny-spinny thing and rode off the front. A bold move. From a frankly comical distance out.

That was the last the others saw of him. He won by three-minutes-and-some and took the pink jersey from Yates (himself, more than half an hour behind).

I’m going to write that again, just to see if it sounds the same. He won by three-minutes-and-some and took the pink jersey from Yates.

…is what I would say were I twenty years younger.

Whatever you think of Chris Froome – a divisive figure, with his spinny legs, waggly elbows, Murdoch -backed team, and Kenyan-born-South-African-schooled-Monaco-resident accent – that was a big day on the bike.

It was Froome’s masterpiece.

Is Yates the new Steven Kruijswijk, who famously dominated the 2016 Giro, Yates like, until he crashed into a snowdrift on Stage 19 and lost five minutes to Vincenzo Nibali?

Snatching defeat from the jaws of victory.

Yates hasn’t so much snatched defeat as taken it to a fancy restaurant, bought it dinner, and made eyes at it over the petit-fours. He is now forty-minutes down on Froome.

The Giro is gone.

How Froome recovers from this effort…hang on, y’know what…it’s cliché time. If a Stage like this doesn’t justify rolling out the clichés then I don’t know what does.

If Froome has bad legs tomorrow, “un jour sans”, after such an epic, brutal, effort. After turning himself inside out, delving into his suitcase of pain, and staring down “the man with the hammer,” then Tom Dumoulin could still win pink.

And one more twist.

By Jaguar MENA [CC BY 2.0 (https://creativecommons.org/licenses/by/2.0)%5D, via Wikimedia Commons