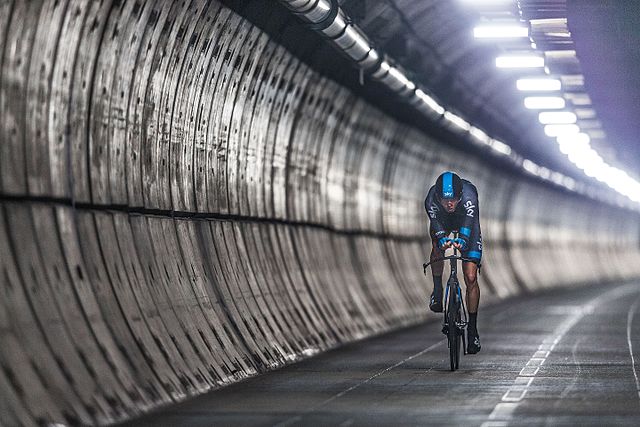 What can I say? I made a mistake.

I’m only a simple, error-prone human.

I knew, even as I was doing it, that I shouldn’t be scrolling down that far. Especially on a Cycling Weekly story. Particularly when Chris Froome was the subject and Dave Brailsford is being quoted.

No good could come of those reader comments. Little wisdom was being imparted, and the sum of human knowledge was not being added to. I felt a tangible dip in my IQ.

I had to go and have a shower.

For those of you interested in the Team Sky/Chris Froome/Salbutamol story allow me to summarise the key arguments being thrashed out in the court of public opinion; I’ve been there so you don’t have to.

There are three key strands of debate:

For me, though, none of these three options quite cut the mustard. The first two are a bit ranty, and the third one is quite dull. I favour secret option number four.

It’s all about the grey areas; always has been, always will be. What is doping? What isn’t doping? Where is the line? Who drew it? Why have so many cyclists got asthma?

For the fan, grey areas don’t solve anything, or answer anything, but rather offer a zen-like position of constant, tolerable uncertainty. Every great performance is tempered with the knowledge that something shady might be going on.

Forgive me for quoting myself:

If you see an exceptional performance and instantly deride it as implausible, impossible, and performance enhanced, then you’ve just wasted five hours of your life glued to a bike race that you conclude is meaningless.

If you watch an exceptional performance and instantly proclaim it clean, beyond dispute, then if that rider turns out be a doper at some later date you’re a fool.

So the solution is to exist in the grey areas.

To watch cycling in a permanent state of uncertainty. Willing to believe what your eyes see, and equally ready to face the prospect of a subsequent positive drugs test.

Which may seem fundamentally unsatisfying, but is preferable to the spectacle of many other sports (tip: probably more so the ones where people are very well paid), where there are no drugs in the sport.

Until someone test positive, in which case they are a bad person and are punished. The rest of the competitors can then get on with competing in a sport where there are no drugs.

I’m not saying this is ideal, but what’s the alternative?

The comments section at the bottom half of the internet?