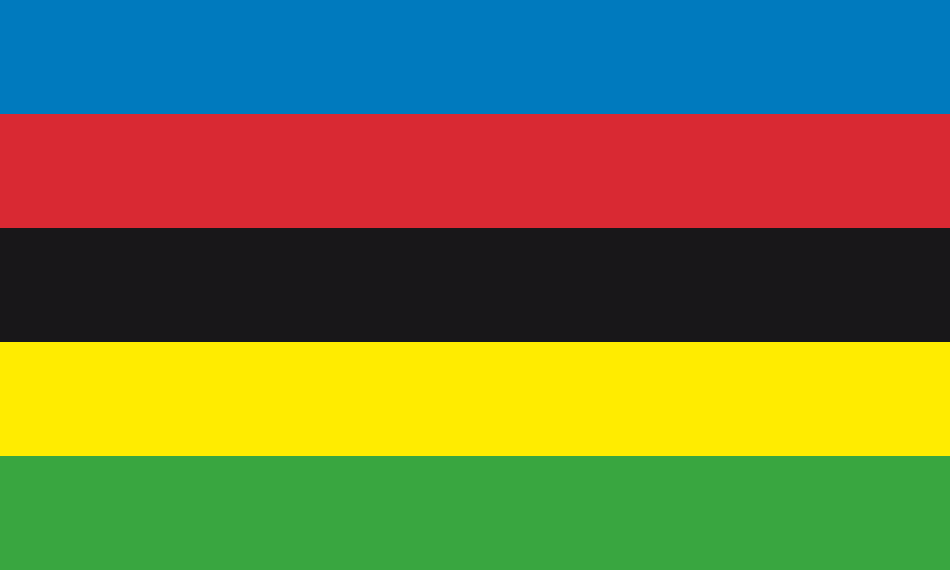 Normally, if you’re watching a one-day bike race and there’s a cyclist wearing blue attacking off the front on a steep climb, there’s every chance it’s Philippe Gilbert.

“Oh…who’s that…Gilbert is it?” you say to whoever happens to be nearest to you, in a gentle display of your knowledge.

To which your friend, if they know anything about pro cycling, will think: “It’s a Quick-Step Floors rider on a punchy climb…taking a punt on it being Gilbert hardly makes you Phil Ligget. Idiot!”

(Although, on reflection, maybe it does kinda make you Phil Ligget – if ever a man were known for taking a punt on the identity of a pro bike rider…)

In the World Champs, with everyone kitted out in unfamiliar national colours, it gets complex.

You think: “Dark blue…so that’s France, or maybe Italy…although Slovakia have a lot of blue on their kit…is it Sagan…no, too skinny. Alaphilippe?”

If you’re a real expert, or a TV commentator who gets paid well to recognise pro-cyclists right down to the level of body parts, you might identify a rider from his pedalling style.

Or maybe his position on the bike.

If you’re able to do this but are not getting paid for it – as a kind of hobby, I suppose – you deserve a tip of the hat. Also, you are a bit creepy and need to find some additional interests.

One nationality of cyclist you cannot help but spot is the Spanish.

As illustrated here, with Gorke Izaguirre modelling their latest incarnation:

Someone decided that kitting out the Spaniards in fancy dress would motivate them to ride incredibly quickly, if only to remove themselves from public view as fast as humanly possible.

And in the process, they might conveniently get some good results.

Which, in Bergen, they didn’t.

As for me, being a competent intermediate pro-cycling watcher, rather than a creepy expert, for a good minute or so at the conclusion of the 2017 World Championship Road Race I thought Ben Swift was the new world champion.

The other pro-cycling fans in the room were puzzled at my shock and surprise.

“Bloody ‘ell…I never expected Swifty to win it,” I said, apparently now on close personal terms with the nearly-man Brit.

They’d clearly spotted the bulging thighs and toned calves of Peter Sagan well before I had.