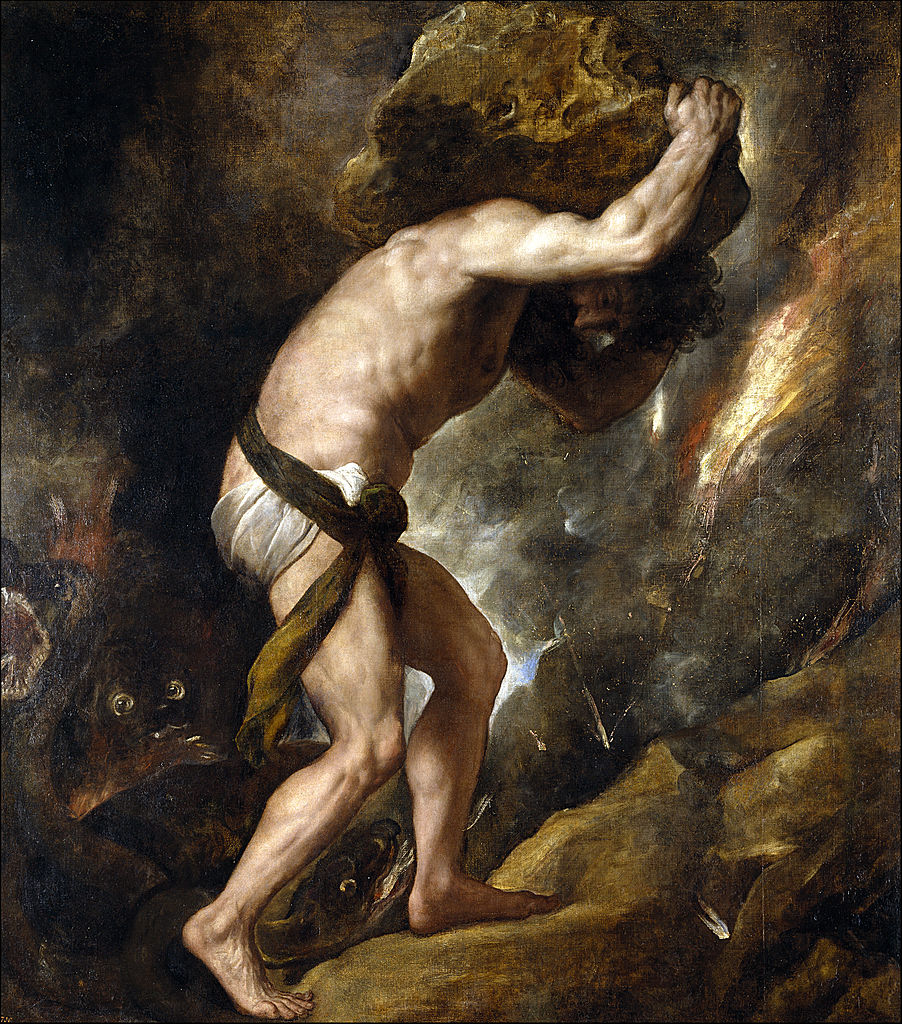 In UK cycling culture you needn’t to look far to find a cliche; the carefully staged sepia photos of ‘suffering’, the mid-ride coffee and cake, the Strava hunting.

These are all perfectly crafted examples of the cycling cliché.

But there is a cyclist among us who is too committed to be a cliché. He’s gone one step further. He is a metaphor.

Each winter he builds mileage on the bike, and punishes himself for hours on the  trainer. In his pain cave, obviously – he’s not completely averse to a cliché.

During spring, he’s riding well and gets quicker and stronger. By mid-summer he’s at the peak of his physical condition and feeling pretty damn good about himself.

And all the while, nobody has any idea what exactly he’s training so hard for; he doesn’t race, there are no big charity rides, he just rides round and round the same old country lanes like a hamster on a wheel.

Rather like the legend of Sisyphus, having rolled this huge granite ball of his training plan up the steep hill of personal fitness, autumn comes along, he loses motivation briefly, and it rolls back down again.

Come mid-winter, he starts all over again.

To make matters worse, the metaphors follow him, and threaten to interrupt his domestic bliss. He arrives home one day to find an open letter – clearly a bill – on the living room table. The person with whom he shares the aforementioned bliss has found the smoking gun.

The question was asked the week before: “Are those new wheels?”

The truth lies recklessly torn open on the table.

The wheels now resemble an albatross.