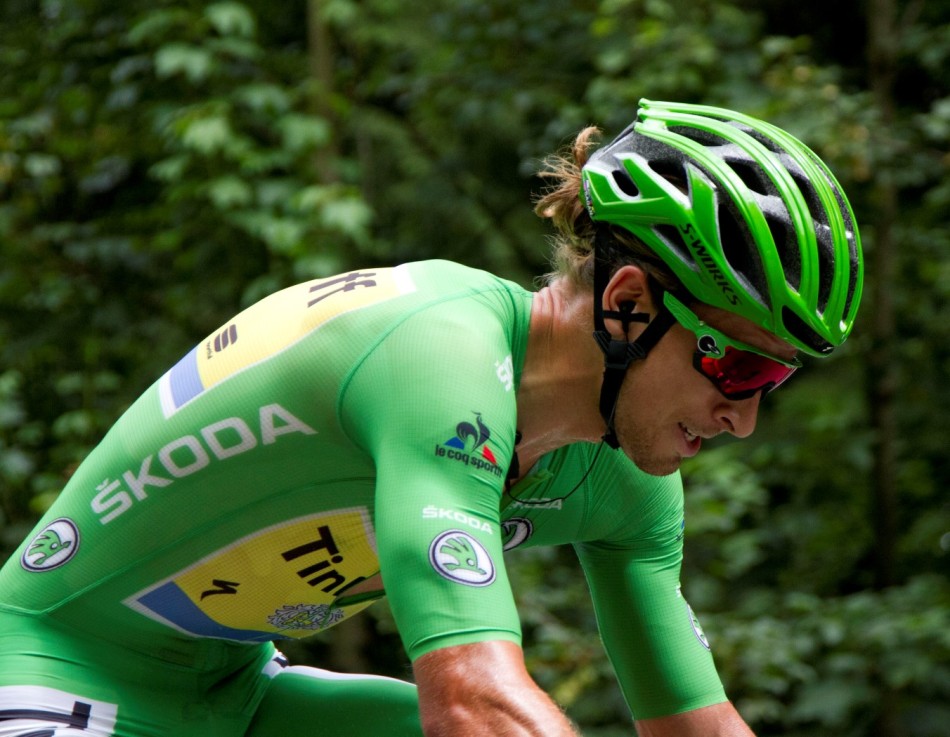 They said it couldn’t be done.

The cycling ‘experts’ wouldn’t entertain the idea. Fellow cyclists laughed in my face. Friends and family remained tight lipped, but developed complex facial expressions which said: “you are being irrational…what you are saying isn’t making sense…pull yourself together you raving head-case!”

I achieved the impossible.

I developed a plausible argument why Peter Sagan won’t win the Green Jersey at this year’s Tour de France.

After five easy wins in consecutive years, where everyone’s favourite world champion racked up so many points so quickly that he was able to wheelie his way around much of the 3,000km route, it is assumed to be a done deal again in 2017.

But the reason why he won’t is obvious. And logical. And simple.

It’s our old friend ‘the law of averages.’

Well yes…yes you did.

And your over-emotional response tells me that you feel the same as me: you’ve had enough of Sagan winning Green, and you want someone new.

Before the internet descends on us both, like a pack of calorie deficient cyclists on a bag of donuts, let’s be very clear that we all love Sagan as much as everyone else loves Sagan.

How can you not?

With the lion’s mane, the wheelies, the hula dancing on-bike celebrations, and the simple, un-cynical pronouncements delivered in the comic, squeaky voice.

My ‘law of averages’ theory states that, in the chaotic and unpredictable context of 180 pro cyclists all attempting to occupy the same piece of Tarmac simultaneously, at some point Sagan’s luck will run out.

It hinges on him falling off, or falling ill, or falling in love with a fellow rider and eloping to Vegas for a shotgun wedding and a hasty honeymoon.

And then, with Sagan AWOL, someone else sneaks in to win Green.

You read it here first.

11 comments on “EXCLUSIVE! Why Peter Sagan WON’T win the Green Jersey at the 2017 Tour de France”