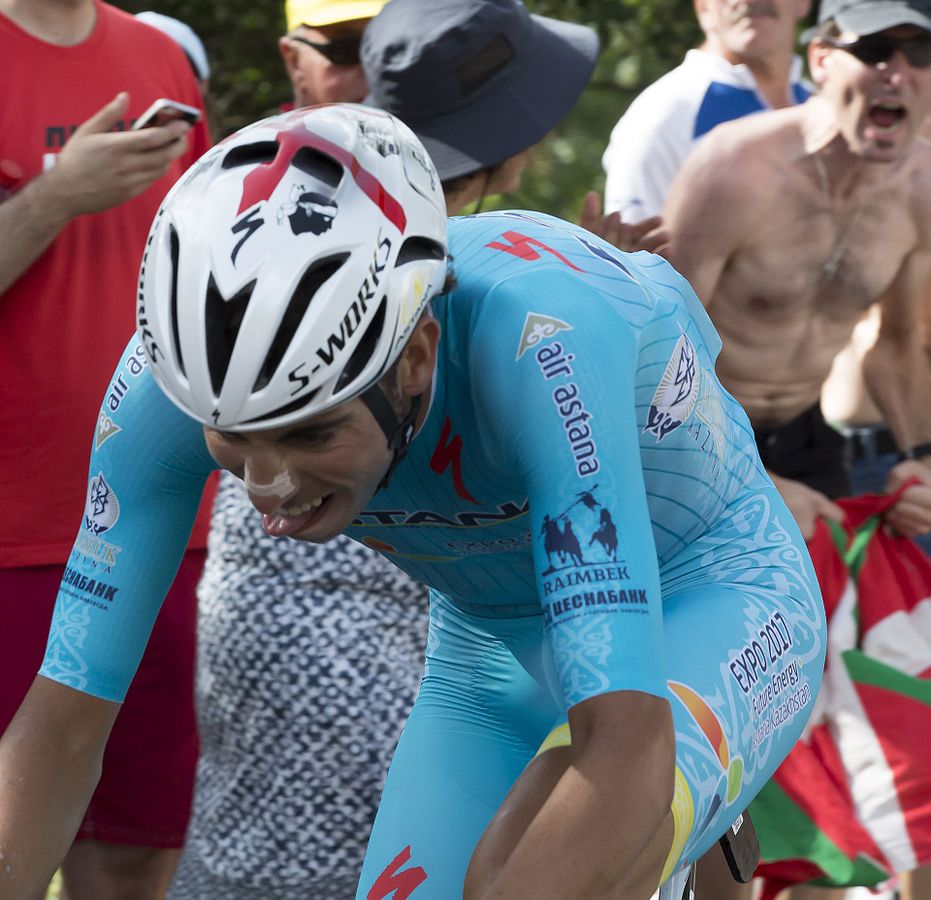 I see it in the shapes made by fluffy clouds in a summer sky. It appears in the patterned dregs of a cup of coffee. It haunts me when I close my eyes at night.

My problems began towards the end of the Criterium du Dauphine, where I found myself discussing an impressive attacking performance by the gangly Italian with a friend of mine.

Where normally we would skate over Aru’s exploits for fear of having our very soul tainted by the visual violence of his riding style, we found ourselves dwelling on him, and his childlike need to show the world how hard he’s trying.

Put simply, we thought about his “struggle face” for a little bit longer than recommended safety guidelines suggest.

And now we can’t un-think it.

“Coppi will be turning in his grave watching Aru wrestle with his bike like that,” my friend observed.

I find myself thinking that Coppi is the lucky one, being nowhere near a TV showing Eurosport which might, at any moment, flash up images of Aru in full flight.

In Coppi’s day, and even more recently, the standard pro-cyclist “struggle face” involved revealing as little as possible about the actual struggle. The stern Breton jaw of Bernard Hinault springs to mind.

To present a façade of complete indifference to the horrible suffering you’re having to endure was very much the done thing. To suffer in a flamboyant way not only reveals your weakness to your competitors but, let’s be honest, it’s not very classy, is it?

If you’re going to die a thousand deaths on a bike, at least do it quietly.

Aru’s not the only culprit, of course. In recent years plucky Frenchman Thomas Voeckler has been everyone’s favourite/least favourite gurner.

He grins, he grimaces, his sticks his tongue out, and he lolls from side to side on the bike as if signalling to the TV producers that: “actually, I’m really trying rather hard here, and it’s time for you to train your HD TV cameras on me for a lengthy period of time while I put on my show.”

The TV people were happy, and the sponsors were happy, even if many fellow cyclists found it all a bit silly.

But Voeckler has the kind of boy-next-door look, and an almost graceful style about him – still and upright – when climbing out of the saddle, to smooth the edges of his prima-donna-ish behaviour.

Aru, on the other hand, rides for Astana, and has that ugly breathing-strip-plaster across the bridge of his nose, and seems intent on angrily disproving the laws of physics whenever he rides his bike uphill.

Add all this to the “struggle face,” and it’s not a pretty sight.

0 comments on “Fabio Aru and his “struggle face””