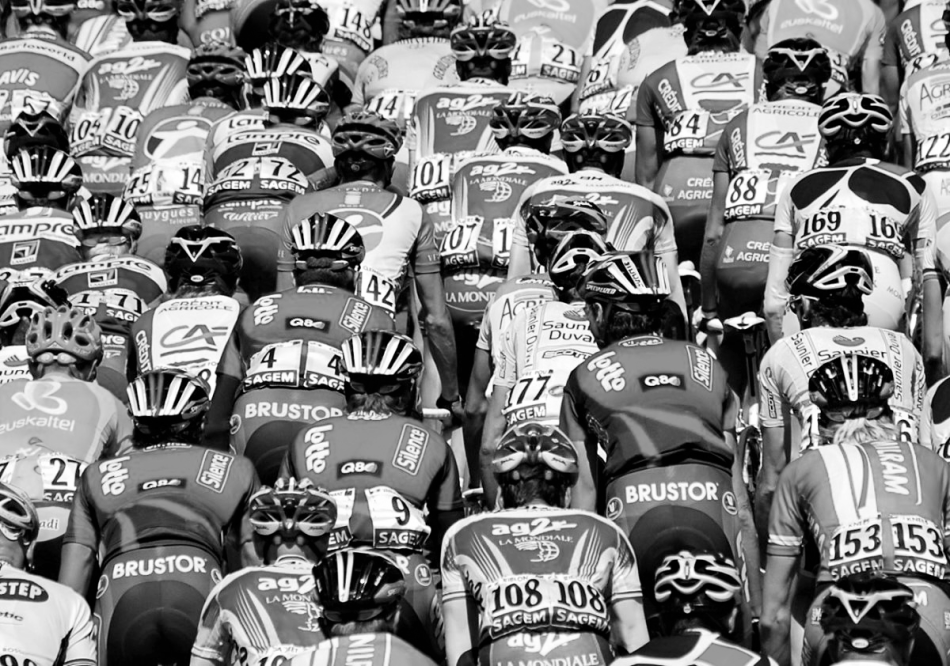 I’m quite a precise person.

In a world of chaos I like a bit of order and good grammar. I spell out my text messages correctly. I punctuate my Tweets. It’s a way of wrangling some verbal control over the world.

It’s all about precision, and clarity. Where would we be without it?

Having said this, the world is full of nuance. Some people can’t cope with this. “I don’t do grey areas,” they say, proudly, “you know where you are with black and white.”

Which is true. You do.

But it’s just another way of saying “having no definite opinion on these hugely complicated things scares me,” or “makes me feel inadequate,” or, “makes me anxious,” or “harms my status as a person who has opinions on stuff.”

These people, in my experience, are often not fans of pro-cycling. Or if they are, they’re doing it wrong.

Because pro cycling is a sport with both rules, and etiquette. Two separate things. Both fluid.

Some rules must be strictly adhered to (no engines in bikes, for example), while others are more flexible; you can get a tow from your team car for a bit, if you’ve had a crash, or been unlucky in some other way, or are racing in your home country, unless public opinion creates a backlash, in which case you’ll be dressed down and chucked off the race.

For example, if the wearer of the leader’s jersey crashes, the rest of the peloton wait for him, because to take advantage of a moment of bad luck isn’t the done thing. But if the leader leaps in to a field to publicly deal with a bowel movement (Tom Dumoulin in the recent Giro d’Italia), then you apparently carry on racing.

But then in the post-race interviews you deny you were racing, obviously.

Just to cover yourself in case the bowel-movement-in-a-field etiquette has changed and you didn’t get the memo.

The list of grey areas goes on. And all this stuff also goes through the filter of how popular you are as a rider, and how many favours other riders and team bosses may or may not owe you.

And then, of course, there’s doping.

I don’t want to go too deeply down that particular rabbit hole largely because I have a job to hold down and a family who I like spending time with. But you can’t ignore the fact that performance enhancement creates the biggest grey area of them all.

If you need black and white, you’re basically stuffed.

If you see an exceptional performance and instantly deride it as implausible, impossible, and performance enhanced, then you’ve just wasted five hours of your life glued to a bike race that you conclude is meaningless.

If you watch an exceptional performance and instantly proclaim it clean, beyond dispute, then if that rider turns out be a doper at some later date you’re a fool.

So the solution is to exist in the grey areas.

To watch cycling in a permanent state of uncertainty. Willing to believe what your eyes see, and equally ready to face the prospect of a subsequent positive drugs test.

Which may seem fundamentally unsatisfying, but is preferable to the spectacle of many other sports (tip: probably more so the ones where people are very well paid), where there are no drugs in the sport.

Until someone test positive, in which case they are a bad person and are punished. The rest of the competitors can then get on with competing in a sport where there are no drugs.

Until the next person tests positive.

Isn’t it better to learn to live with good, honest grey areas?

That’s how the rest of the world works.