I like cyclists. I don’t have much choice, considering I spend much of my spare time hanging around with them. And if I didn’t like them, this website would be a pretty bleak place. Having said this, I can understand why some people are less keen.

I’m not talking about those shouty, unreasonable types, who consider cyclists the prey in a blood sport, and who like to broadcast that fact on the internet. Generally they refer to us as f***** cyclists. They’re lunatics.

But cyclists, from time to time, have been known to do things to rile even the normally mild mannered. For example, many cyclists do have a habit of telling anyone who’ll listen about their latest achievements out on the bike. It’s known as the humblebrag.

“…this weekend? Oh, nothing much really, I just rode 110 miles on Saturday. No big deal.”

I can see how this would be annoying. Implicit in there is the suggestion that this is no big deal to the cyclist, but perhaps not something that you mere mortals would have a chance of achieving. Is it a bit arrogant, even?

I’m as prone as the next cyclist to rattle on annoyingly about my latest bike ride, but there’s a lot to be said for humility. If someone really wants to know how far you rode then tell them, but don’t broadcast the fact. Have a bit of class.

I’ve decided to redress the balance, and tilt the scales back in favour of humility. Instead of writing another piece about what a wonderful sport cycling is, populated by wonderful people with wonderful characteristics doing wonderful things, I thought I would get the ball rolling and broadcast all the things that I – the f***** cyclist – am absolutely terrible at.

I fancy myself as a bit of a cook. I’m not just talking fish finger sandwiches but real food, made by combining ingredients. Herbs, for example. I spot those little packets of herbs in the supermarket and it seems wrong, so I buy the potted version. In my mind my kitchen windowsill is a veritable veg garden of ingredients from which to pluck. In reality it’s a row of pots containing the dead stalks of long deceased herbs. Some have been watered too much, and some too little, but all have long since produced their last crop of foliage.

I suspect they have yielded fewer herbs than the packet variety, and cost more. And I have to deal with the sadness of their demise playing out in front of me. Not only am I a f***** cyclist, I am also a herb murderer.

I am, in all kinds of ways, no Alan Titchmarsh. 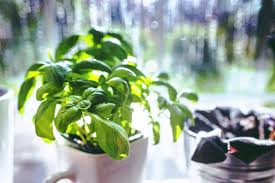 Herbs. Not mine… (Image: pexels)

Cheese is another thing I’m terrible at. Not failing to keep it alive, I’d like to stress – that would be weird – but eating too much of it. ‘Gorging myself’ on cheese seems to be about the best way to describe it. Conjuring, as it does, a sad and guilt laden image of a man for whom cheese eating is the dominant impulse.

When eating in a restaurant my instinct is always to pick the dish likely to contain or be covered with the greatest amount of melted cheese. When shopping I am liable to rush up and down the aisles, piling foodstuff into the trolley with the minimum of consideration, before lingering at the cheese counter wrestling with my demons.

You know those saliva marks you sometimes see down the glass frontage of the cheese section?

That’s me. Or someone like me. A cheese addict.

So you see – although we cyclists occasionally project a holier-than-thou glow of superiority, we are also sometimes terrible at things. There are undoubtedly lots of other things that I’m terrible at, and just as soon as I think of them I’ll be sure to let you know.

Problem is, I don’t have a lot of time to dwell on my failings.

I’m too busy being epic on my bike.

7 comments on “Cyclist and herb murderer”