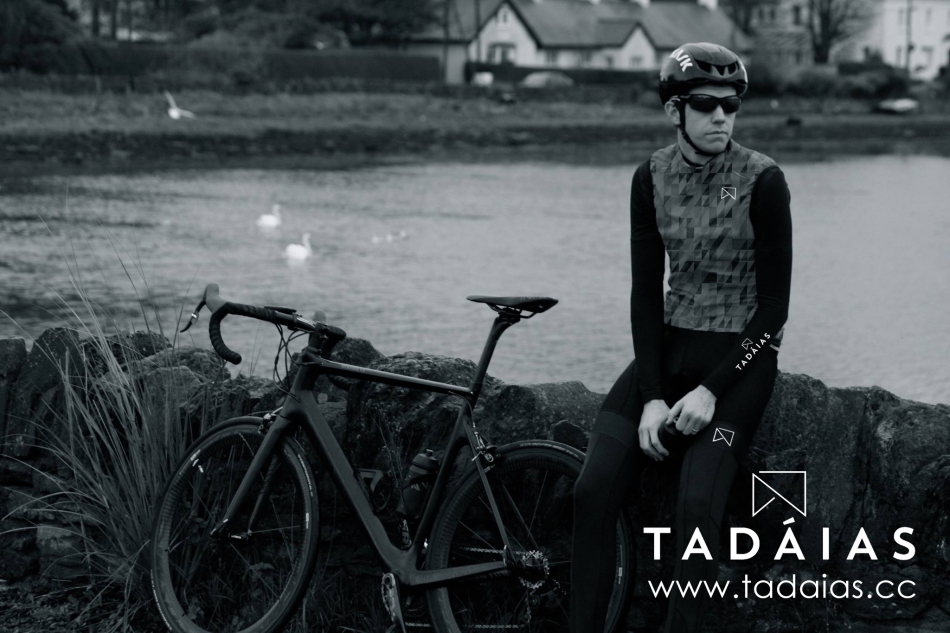 It’s fair to say the world of cycling kit has never given us such variety and choice. For almost any budget it’s possible to dress yourself for a ride in something stylish and functional. There is almost no excuse now to parade yourself in public dressed like some lycra-clad monstrosity.

The big brands and the online warehouse retailers offer their own world of choice, but personally I’m a big fan of the numerous small scale cycling kit producers who can be found with a quick Google. Many of them are making great looking kit that works well and helps you stand out from the herd.

Often, at launch, you find these small companies have a tiny range with which to dip their toe in the market. With Irish brand Tadáias having launched in December 2015 I stumbled across their website to find a fully-fledged men’s range featuring a selection of short and long sleeve jerseys, winter jackets, rain jackets, bib-shorts, tights, and more. 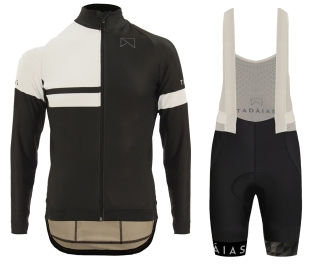 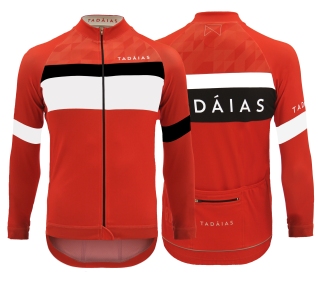 The look, too, is confident, and already unmistakeably Tadáias. It’s as if this brand just landed, fully formed, and ready to go. The only thing missing is the women’s range which is apparently in the pipeline.

Some quick research revealed that founder Thomas McLaughlin has a background in fashion, which is where it starts to add up. I decided early on that if this kit works as well as it looks, then Tadáias are on to something.

Read my reviews to see what I thought (I was impressed):

Having tested the kit, I decided I needed a chat with Thomas to find out more.

Q: Thomas, forgive my ignorance but am I right in describing your brand name (Tadáias) and the various names of your items of kit (Sliabh, Mainear, Suili) as Irish Gaelic?

TM: Yes they are Irish Gaelic. Tadáias is my middle man written in Irish – the English of it is Thaddeus which means ‘a courageous heart, not deterred by danger or pain’ which sometimes seems appropriate when cycling. The other names are the Irish translations of local areas and climbs in Donegal where we would cycle a lot; Mainéar is Manor, and Fheabhail is Foyle which is also the name of my local club: ‘Foyle Cycling Cub’.

Q: So you’re clearly a cyclist yourself?

My father has been a cyclist for many years and as a member of Foyle CC for its earliest days. I started cycling to keep fit and soon became addicted, and I only wish I had started years earlier. I cycle with my local club three or four times a week, and took out an open racing licence for the first time last year and really enjoyed it.

Q: Your website mentions your background in fashion. Your range of kit clearly has a considered style to it – it looks great, frankly – so how did your experience translate across to producing a range of cycling kit?

TM: I have a long background in the fashion industry. I worked as a designer for international fashion designer John Rocha showing collections at London Fashion Week for almost a decade, and also designed for John Rocha high street range at Debenhams.

The same challenges apply in design for high-end catwalk shows or high end cycling kit, and I use the same process when designing cycling kit as with catwalk outfits; researching and developing an idea, from which I pull inspiration to create unique designs, and selection of the best quality fabrics. I spent many of these years pattern cutting and tailoring garments which has given me a strong understanding of garment shapes and construction – invaluable when tailoring race fit cycling kit. 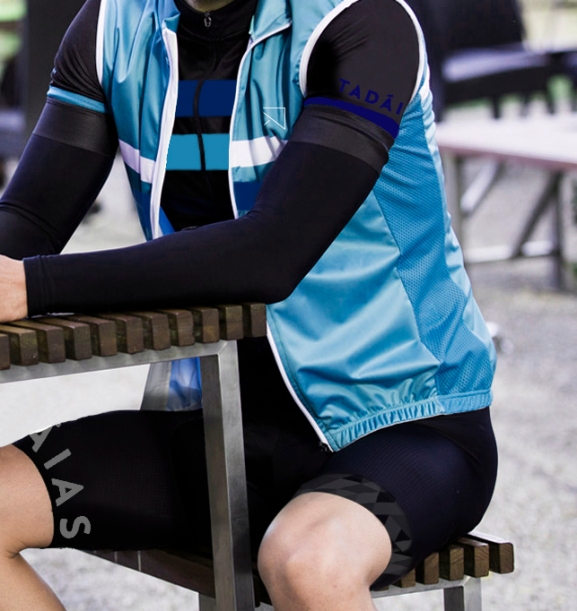 Q: Clearly the kit has to work well too – where is the balance between form and function?

TM: I always worked towards a clear balance between function and form; a well-designed garment should be as stylish as it is functional. I don’t believe one should be compromised for the other. A stylish garment that doesn’t meet its purpose isn’t well designed, and on the other hand everyone wants to look good in whatever they wear.

Q: Tell me about the cycling culture of Ireland. Clearly there are some great heroes from the past – Kelly and Roche, being the obvious – and guys like Phillip Deignan and Dan Martin flying the Irish flag in the pro-ranks these days, but how popular is the sport currently?

TM: It’s great to see the Irish cyclists in the pro ranks at the moment, with Dan Martin winning the monuments, and Nico and Phillip riding so well for Team Sky. They inspire a new generation of young cyclists. Phillip Deignan is from Letterkenny in Donegal, which is only 5 minutes from where we are based, so he’s well known in this part of Ireland and we all watch him with extra interest.

The sport is very popular at the moment – Sportives around the country are more popular than ever, and the local racing scene is very strong at the moment with well-attended races and stiff competition in all classes.

Q: And what about on the ground – are your local roads in County Donegal awash with cyclists (and if they are, are they all wearing your kit)?

TM: On the roads of Donegal where I live, and across the country, the number of cyclists you see out and about is amazing when compared to only a few years ago. The membership of Cycling Ireland has hit record highs year on year recently, including a massive increase in female cyclists in Ireland.

A lot in my local area are wearing my kit, which is great. I only launched the website on 15th December 2015 and the response has been great

Q: What does the future hold for Tadáias: small but perfectly formed? World domination? Or somewhere in-between?

TM: We’d like to grow the brand so that it’s synonymous with the highest levels of quality, style, and performance. We want the Tadáias brand to be known for its classic understated style, with every product designed to be as stylish as it is functional. In time we hope to grow from a small but perfectly formed brand, into a recognised global one.

It’s early days for Tadáias but they tick a lot of boxes so far. The stuff I’ve tested gets admiring comments from my fellow cyclists out on the road, and it performs too. It’s premium kit, and it might not be for everyone’s budget, but it’s a good couple of notches down from the real eye-watering stuff out there on the market.

If they develop as confidently as they’ve started, before too long this Irish brand might be elbowing their way into our collective cycling wardrobe.