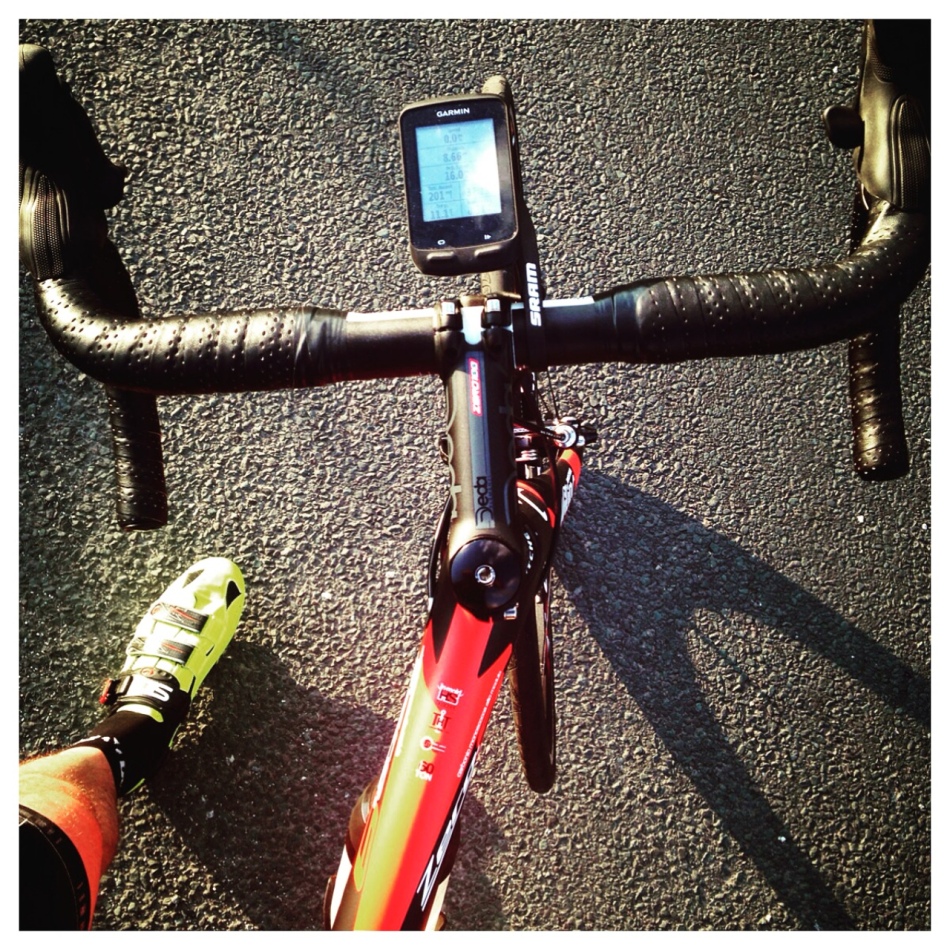 It’s known in these parts as an ‘early dart’ and involves constructing a plausible cover story and getting away from work early. It’s a thing that many of us cyclists are very familiar with, especially as spring arrives and turns slowly into summer. I think this could be the year my career starts to suffer.

As the weather gets better and the annual scramble up the greasy pole of cycling form and fitness kicks in it will happen again and again. It starts with a sneaky ride on a sunny Wednesday afternoon because life (and average UK daily hours of sunshine) is short. Before I know it the concept of flexi-time and the 37.5 hour working week is being stretched to it’s very limit.

Often the thought of an early dart starts on the walk to work.

In the hazy sunshine of a summer morning my home city (which is a rural town, in all but name) flutters to life with the suggestion of a bike ride hanging in the air. The prospect of 8 or 9 hours in an air conditioned office all but seals the deal.

Before my ten minute commute is complete that switch in my brain marked ‘there’s more to life…’ has been flicked, and it’s only a matter of time before the ‘f#*k it button’ is pressed.

Once the ‘f#*k it button’ has been pressed all that’s missing is the alibi; the actual, physical reason I will give for sneaking out of the office shortly after lunch to swing a gleeful leg across my bike and attack the sun beaten tarmac of northern England.

The key to the cover story is to be convincing, and persuasive, but without over-egging it. You’re looking for the excuse which elicits the fewest follow up questions and where no-one gets hurt. Stories of death or serious illness aren’t ideal, but a suggestion of an embarrassing ailment in a very personal area should get the job done.

If you’re truly bold, the best tactic may be to present yourself confidently to your workmates and announce: “right, I have to go now”, before sweeping out dynamically. No excuses, no explanation, just a simple fact.

Do it with enough gusto and you’ll get away with it.

As the spring weeks slide into the summer months the early dart will get earlier and more frequent, and I’ll no doubt start to miss stuff at work. You know the sort of thing: data in spreadsheets, words in policies, all manner of corporate speak about pushing the envelope and poking the bear. As long as I continue to remember the names of my colleagues I reckon i’m on solid(ish) ground.

This is the point where it would be very normal to question myself and what I’m looking to get out of life. Should I seriously be risking career progression for the chance of a Strava KOM?

Does a fixation on developing my tan-lines in April sound like the behaviour of someone who has life in perspective?

Is it the career, the security, and the ability to make regular mortgage payments, or is it about proving that my fortieth year on this planet can be my fastest ever on the bike?

And anyway, I almost certainly work twice as hard in the winter months so, on balance, everyone’s getting a good(ish) year’s graft out of me either way. And those lower arms aren’t going to tan themselves.

And there is always plan B.

At some point, usually around late July, I will be spending these sneaky bike rides mentally concocting a business plan for a cycling holiday business in the French Alps. If these plans ever actually come to fruition* it will be the longest and earliest early dart ever attempted.

Then the ‘f#*k it button’ will well and truly have been pushed.

(*note to self – learn French)