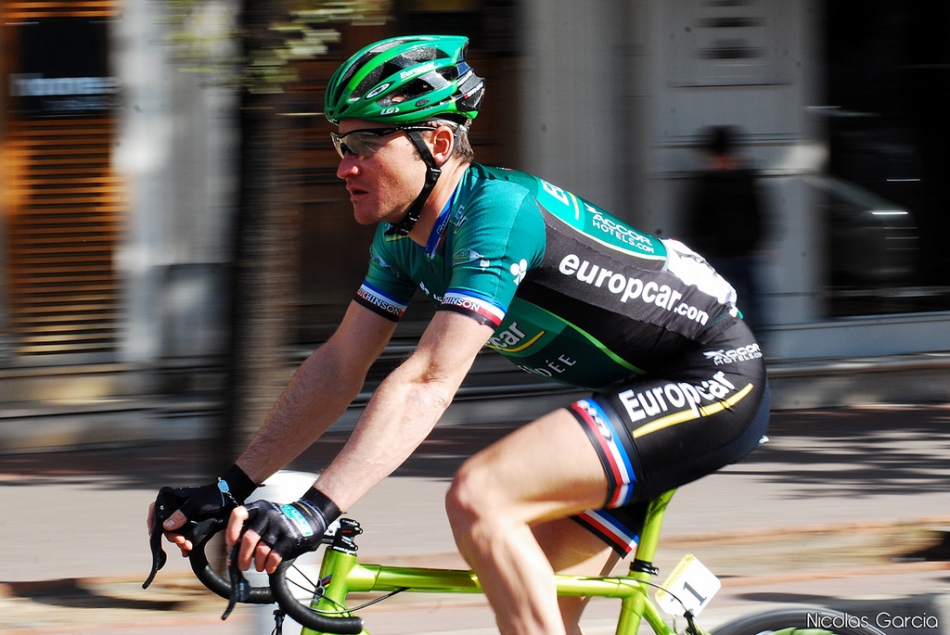 There is a well-known quote from Benjamin Franklin, one of the founding fathers of the United States, which says: ‘Nothing is certain except death and taxes’.

But we cycling fans know differently. We know that there are three things of which you can be certain: death, taxes, and that Thomas Voeckler will be riding for Europcar this year. Delve around for a mental image of Voeckler and it will involve a gloriously doomed breakaway, a dramatic and tongue-lolling face of exertion, and a green shirt with the word ‘Europcar’ emblazoned across it.

Take a holiday, spot the Europcar hire desk at the airport, and we think of Voeckler. They are inseparable like fish and chips, or coffee and croissants. The things in life that keep us anchored to a reality we understand, as the world around us swirls and changes. Right up there with death and taxes.

And then, 2016 arrives, and all that we hold dear is up for debate.

I knew that Europcar were no more as a sponsor from this year, but until I saw pictures of Voeckler racing in 2016 it didn’t really click. The first time I saw him with ‘Direct Energie’ across his jersey I did a double take. ‘Oh, it’s Voeckler…no wait…hang on…it IS Voeckler!?’

It was an image from the inaugural edition of the Tour La Provence; a race which sounds very Voeckler, somehow?

‘I’ll have a read of the race report’, I thought, expecting the usual story of an ambitious but ultimately defeated attempt at a solo win, with Voeckler in full gurning mode for the French public. But no. He only went and won the thing. What the hell is going on!? When I eventually see a picture of his long-time partner in Europcar crime Pierre Rolland, decked out in the kit of his new American team Cannondale-Garmin, it will be the final straw.

What’s next – what other tumultuous changes will 2016 bring?

Will we discover that membership of the French branch of the Chris Froome Fan Club has hit record levels?

Could Alexander Vinokourov be recognised for his contribution to the very British tradition of fair play and summoned to Buckingham Palace for an honorary knighthood?

Might it turn out that, after many years of credit for turning Britain into a powerhouse of pro-cycling with his theory of ‘marginal gains’, we discover that Sir Dave Brailsford has actually just been ‘winging it?’

After Voeckler, I’m ruling nothing in and nothing out.