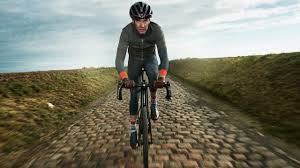 Regular readers may be under the impression that I celebrate the gathering of new stuff like a materialistic capitalist with a hoarding disorder. If it seems like I am always in possession of a steady stream of reasons why I need to buy a new bike, this should be taken with a pinch of salt. It’s essentially peer (and bike industry) pressure.

You can never have too many bikes etc, etc…

The fact is that I like old, well worn, well looked after stuff just as much as brand new and factory-fresh. There’s something satisfying about a bike part, a jersey, or a saddle that is worn in or worn smooth, and still doing the job.

To illustrate my point, my recent purchase of a brand spanking new saddle is currently keeping me awake at night.

Like any other serious purchase these days, buying a new saddle is a complicated business. You’ve got to wade through all the different theories about sit bones, padding and cut-outs, and pick your way through the elaborate smoke and mirrors of the marketing men. There’s also a whole internet full of opinions from any number of people who’s judgement you may or may not trust. One false move, and you end up with the wrong saddle and a pain in the backside.

Brooks have decided that slo-mo shots of David Millar’s rippling buttocks are the way forward when it comes to flogging saddles. Who’s to say they’re not right?

I’ve been perched atop a Specialized Toupe saddle for about five years now (note to Specialized: Toupe is a terrible name for a saddle). When I put together a new bike last year I resisted topping it off with a new one. The old saddle might be a touch tatty, but it fits me like…not a glove, obviously, but a pair of comfortable and well-fitting pants, I suppose; the fact is, the Toupe features the exact anatomical imprint of my bum cheeks. It’s always been a light and minimal saddle (a member of my family described it as resembling a sliver of pain) but it feels comfortable, like sitting on an old friend.

Which is a slightly odd analogy, admittedly. I’m not in the habit of sitting on friends, old or new; it’s comfy, is what I’m saying.

Towards the end of 2015, over the course of a couple of (long) rides, my aged saddle didn’t so much reach the tipping point of its useful life as topple right over it. It seems the padding was no longer padding and my arse was taking the brunt. I struggled through to the end of autumn, double strength chamois cream to hand, before putting the bike away in the garage for the year.

I would replace the saddle in the off-season, I decided.

And now, it’s nearly spring, and I’m trapped in the seventh circle of saddle hell. I’ve bought a Fizik Arione which feels comfy and seems to suit me well, except that it’s ruined my delicately balanced bike set-up. I’ve taken the measurements and tweaked with a sprit level but my body, which is metronomically attuned to my riding position, is rebelling against whatever millimetre fine mechanics the Fizik saddle has introduced.

Have my arms shrunk? Is one leg mysteriously now shorter than the other? Is it all in my mind? Should I have just bought an exact replica of the Specialized Toupe instead of being seduced by Fizik and their fancy spine concept saddle system?

The fact is, all this new perch needs is the imprints of my arse cheeks to make it work. As with so many cycling related problems (and often those in real life, too), the only solution is lots of long hours in the saddle.

Well, I didn’t exactly need an excuse, but since I’ve been given one…

19 comments on “The seventh circle of saddle hell”