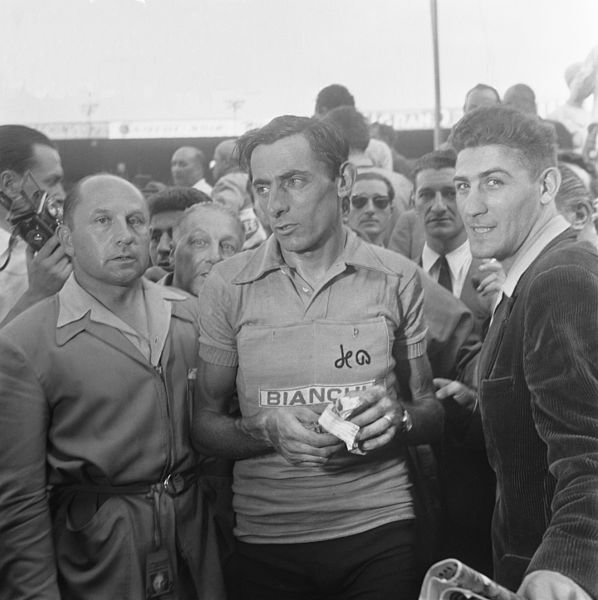 Here in Great Britain, we are very conscientious when it comes to social situations.

When we Brits find ourselves, either deliberately or otherwise, in a social situation which requires conversation, we have an inbuilt response. This solution has been passed down through generation after generation of slightly awkward stiff upper lip types: with no selfish thoughts about the condition of our collective liver, we grab a drink.

We Brits are very thoughtful like that. We are also largely terrified of social awkwardness in all its forms, most of which can be navigated with the help of the appropriate amount of alcohol.

The only faux pas which cannot usually be resolved by drinking alcohol are suggesting that your partner in conversation may have overpaid for their house in the current market. If you are socialising with a fellow cyclist, it goes without saying that criticising their bike also falls firmly into this category.

If you cross any of these particular lines you should get your coat and silently leave, and make it your priority never to see that person again. If this requires you to leave the country then so be it. You should have thought of that.

Luckily, I am very thorough in conversation and rarely have to leave social gatherings in disgrace. I know which subjects to avoid, and when to reach for the alcohol. My problem comes with those particularly un-British gatherings where no-one has provided a bar from which to buy alcoholic drinks. This might charitably be referred to as an oversight.

But my problem is not that I run out of things to say, or that I say inappropriate things (I would NEVER criticise another man’s bike), and more to do with my default setting when not being assisted by alcohol.

This is fine when I’m with close friends, as many of them share my interest in cycling. Even though they often roll their eyes, yawn, and generally give the impression that they are trying to change the subject, I can tell that they are just teasing me. My friends clearly relish my predictions for the 2016 pro-cycling season, my analysis of what we should all think of Alejandro Valverde as the world’s most consistent cyclist, and my descriptions of old photos of Fausto Coppi.

Seriously, when you’re out at some social function what more could you ask for than a man in need of a drink describing a black and white photo of an Italian cyclist from the 1950’s.

When I’m conversing with strangers who might (I know, hard to believe) have no interest whatsoever in cycling, I find myself wracked with indecision and self-doubt. I know they have no interest in cycling – their lack of response when I bring up the subject of a disc brakes in the pro peloton tells me as much – but I also know that I have lots to talk about other than cycling.

I could hold an intelligent conversation about all manner of pressing issues: the latest political situation; the new Star Wars movie; the desperate grasping need of society to place famous people high up on a pedestal before systematically and publicly shaming them into career submission.

For goodness sake, I’m British – I could talk about the weather for an hour if I needed to.

But no. No matter how hard I try, before I know what’s happened I can hear myself blurting out my analysis of how Bradley Wiggins might fare at Rio 2016, and when the Peter Sagan backlash might begin. This is not even my best cycling chat – even I find this a bit tedious and I bloody love cycling!

In future I need to make sure I have a back-up plan in case a swift exit is required. If it suddenly dawns on me that I’m boring my companion to tears with my explanation of how to ride a bike over the cobblestones of northern Europe, I will fall on my metaphorical sword by blurting out:

“You paid HOW MUCH for you house!? It’s not even in a good catchment area for schools…”

Then I’ll get my coat.

9 comments on “We need to talk about Coppi”

Leave a Reply to the drunken cyclist Cancel reply