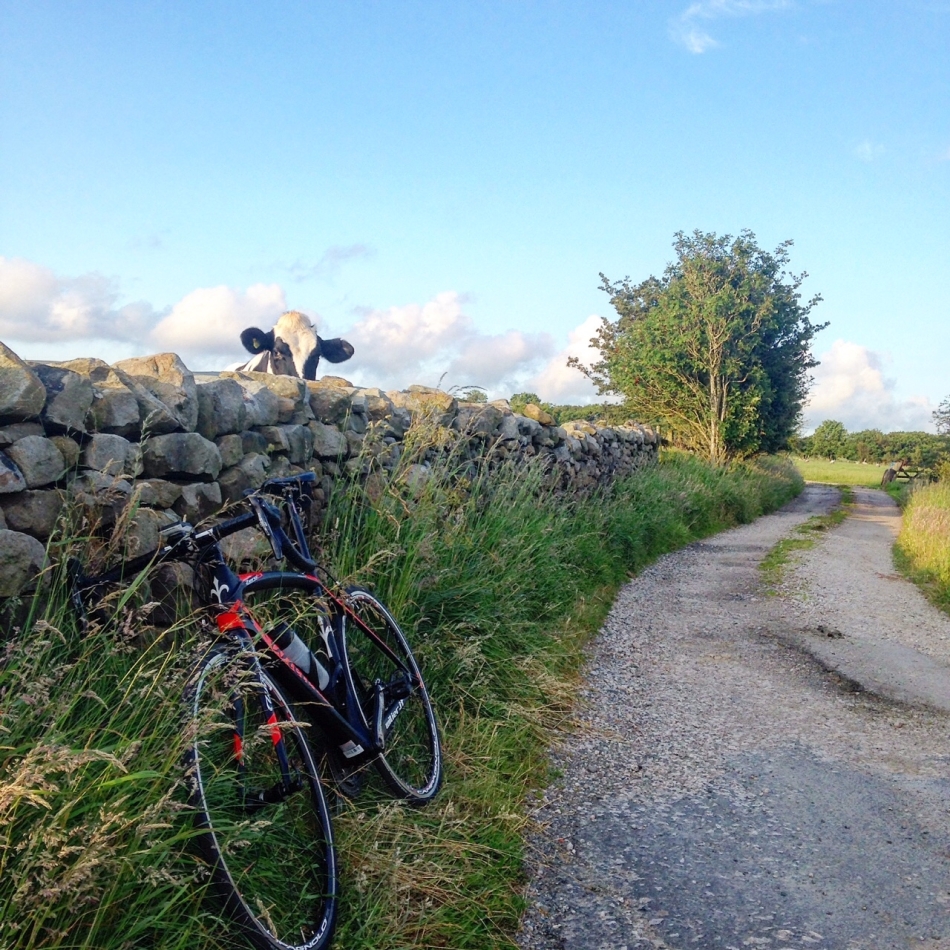 In my years cycling around the lanes of Lancashire I have had many a battle with the local wildlife.

I’ve been attacked by hares, had more run-ins with belligerent sheep than I care to remember, and I’ve even been set upon by a startled peacock; a scenario which is actually less fun than it sounds.

So far, due to their lumbering slow-motion and docile nature I’ve had very little to do with cows. Sure, I’ve had the occasional delay on the back roads as the farmer holds up the traffic to walk them in for milking, but I can hardly complain about this, can I?

After all, they’re just doing their job.

Having discounted our humble bovine friend from my personal list of animal enemies (it’s just a mental list, in my head…I haven’t actually written a list) you could accuse me of having taken my eye off the ball. As I spend my time scanning the scenery for signs of aggressive peacocks and shifty looking sheep it seems the cow population of Lancashire have been secretly plotting.

How else to explain this photo?

If that is not the face of a cow, confident in having slipped under the radar, with her rather large eye on my best bike, then I don’t know what is.

I had simply climbed off for a sit down and a snack on the grass verge and when I turned to get back on the cow was there. Bold as you like. Who knows what devious plans were going through the apparently blank mind of that cow?

I felt unnerved, but retained enough presence of mind to take this quick photo as evidence of almost certain malicious intent, before giving the moody cow a searing look through narrowed eyes and pedalling off.

I think I made my point.

My theory is that this incident, like many apparently innocuous situations in my life, can be linked directly back to the world’s biggest bike; the Tour de France.

You may remember that during Stage 11 of the 2015 edition of the race French rising star Warren Barguil was on the receiving end of a co-ordinated near miss from the Gallic cousins of my Lancastrian cow/nemesis.

Am I alone in thinking that these two events might be linked?

We cyclists have a hard time just getting on with pedestrians and motorists; is this a sign that we’ve got another battle at the hands (hooves?) of the cows, and their organised campaign?

You may think I’m over-reacting, but even the smallest amount of research reveals that this bovine battle has been going on longer than I imagined, and the Tour de France is something of a well-established battle ground.

It looks to me like cyclist Jules Buysse was lucky to escape this tense situation out on the roads of France, as he rode to victory on the 1st stage of the 1926 race. Notice too that the cow is very much focusing on the racing cyclist and leaving the country commuter out of it.

Could it be that the cows are only interested in competitive cyclists? Was this the first skirmish in a protest against the Tour de France which led to Barguil’s near miss?

Where does this leave us?

Watch your back, would me my advice. And up ahead, too.

And don’t leave your bike unattended.