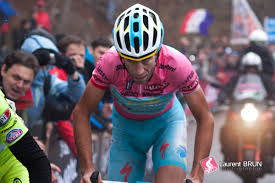 If you’re a fan of pro-cycling you will have become increasingly aware of Oleg Tinkoff, the wealthy Russian financier and boss of Alberto Contador’s Tinkoff-Saxo team. He is, shall we say, no shrinking violet (see my previous piece, ‘The World According to Tinkov’ for examples of his rent-a-quote behaviour with the media.)

For those of you who are not completely familiar with the concept of a Grand Tour, these bike races are the jewels in the crown of multi-day stage racing, with each taking place over 3 weeks and upwards of 2,500 miles. Of those riders who are capable of winning a Grand Tour, sometimes they might ride two out of the three during a calendar year. To ride all three is rare indeed; the toll this takes on the body, and the negative impact it has on whatever other races they are planning to ride, usually rules out a ‘treble’.

Perhaps a little financial inducement from Mr Tinkoff, and the sheer glory of it all, might tempt them?

Depending on your point of view when it comes to pro-cycling, Russian bankers, and massive prize money, you will either see this as the meddling of an egomaniac, or a bit of welcome spice being added to the mix by cycling’s loudest and most reliable headline maker.

And what’s my take on it?

Well, I suppose it has the feel of some kind of high stakes poker match.

So presumably when the challenge was thrown down to Chris Froome’s team boss Dave Brailsford, his response was along the lines of, “Ok Oleg, I’ll see your Contador and I’ll raise you a Chris Froome…”

Hang on, that’s not quite right. Let me get my metaphor sorted out here.

So, the boss of Spanish team Movistar would surely jump at the chance and throw some good money in the pot on the strength of his royal flush: a Quintana, a Valverde, and an Alex Dowsett…

No, wait. This isn’t quite working.

Ok, how about this? The four star riders each throw their car keys into a bowl, and a blindfolded Oleg Tinkoff picks them out and…

Whoaah there, sorry, this is getting into swingers territory now (and frankly, a bit weird.) I can only apologise for any mental images I may have just created.

I’ll tell you what, let’s just leave the high stakes money games to Oleg Tinkoff. After all, he made his money in Russian finance…

…I suspect he’s something of a gambling man.

(Note to self: when it comes to tortuous metaphors, get them organised before you hit ‘publish’.)