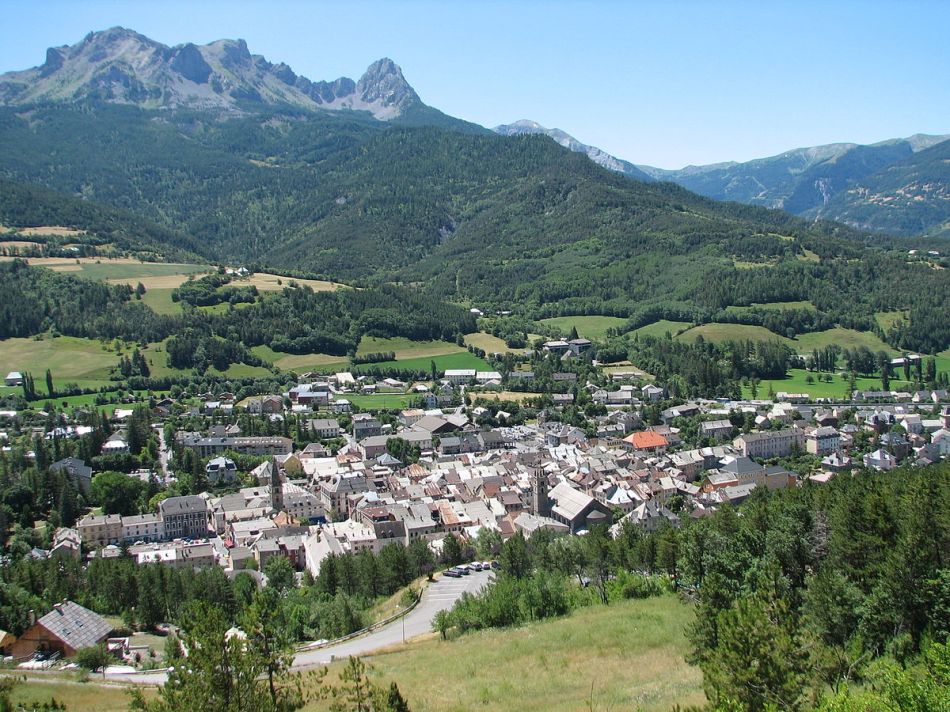 It’s about that time of year when many of us are already longing for fresh legs and warmer weather, and so we put our heads together and start planning. With that in mind, let me tell you about a place I know.

Barcelonnette is in the southern Alps, in the Provence-Alpes-Cote d’Azur region of France. It’s a small town of fewer than 3,000 people with a town square, narrow cobbled streets, a generous choice of bars and restaurants and the sort of conspiratorial hum of conversation that you get in these places. The weather in summer is often warm and settled, with the region as a whole averaging over 28C in July and August. It also has, on it’s doorstep, some of the finest cycling you could imagine. It is, in short, a kind of paradise.

Once you spot the bike shop (a seriously well appointed shop for such a small town) you immediately understand that you’re among friends here. Sure, if you want nightclubs and other noisy nightlife you’ll be disappointed, but if you are in a fit state to party night after night you are clearly not riding hard enough during the day.

Head south out of town and you immediately have two great climbs to choose from; the Col de la Cayolle or the Col d’Allos. The Cayolle is rugged, rocky, narrow and twisting, steep in places, and reaches a height of 2,326 metres. The Allos runs parallel and is a joy – a strip of tarmac clinging to the valley walls, precipitous in places, but dramatic and beautiful; from Barcelonnette you climb for 21km to the summit but the average gradient is a manageable 5.2%. If you’re after a big day you drop down the other side, loop around over the Col des Champs (2,087 metres), and return to Barcelonnette via the Cayolle from the far side – 3,300 metres of climbing over 126km – click here for route details.

Alternatively, if you follow the river up the Ubaye valley from Barcelonnette you reach the town of Jauziers (or, as Lance Armstrong was known to pronounce it, Joe-Zeers). From here rises the mighty Cime de la Bonette (a personal favourite) – one of the highest paved roads in Europe. The Bonette is a different proposition – it’s wild, sure, but with a wide sweeping road and beautifully smooth tarmac. Despite it’s size, it’s the kind of climb which lets you find a rhythm and begs you to roll smoothly up to the summit. The climb is 23.8km with an average gradient of 6.7%, and it featured in the Tour de France as recently as 2008.

The summit of the Bonette is high and breathless – 2,802 metres – with an open and sweeping view (a sign at the foot of the climb claims it to be the ‘highest road in Europe’…it isn’t). The impossibly good-looking mahogany tanned cyclists you meet on this road will be Italian; the Bonette is only a few kilometres from the Italian border. Unless you have some serious style of your own, and have put in enough hours to build up a southern European tan, it’s safer not to judge yourself against these supermodels of the road.  With their Colnago bikes and espresso complexions you only risk stoking your own inadequacies.

From Barcelonnette there are other cols – the Vars, the Larche, the Maure, for example – and plenty more great rides. For the full run-down I’d recommend visiting http://www.grenoblecycling.com/Barcelonnette.htm.

One note of caution though, getting to Barcelonnette is a bit of a trek.  The nearest major airports are Geneva (200 km) and Nice (150 km), and even the nearest large town is Gap, 70 km down the road. You’re out of range of the motorways down here so there’s no point trying to be in a hurry, but if you make the effort, and settle yourself in for the rides, you’re unlikely to regret it.

5 comments on “Barcelonnette…a kind of paradise”